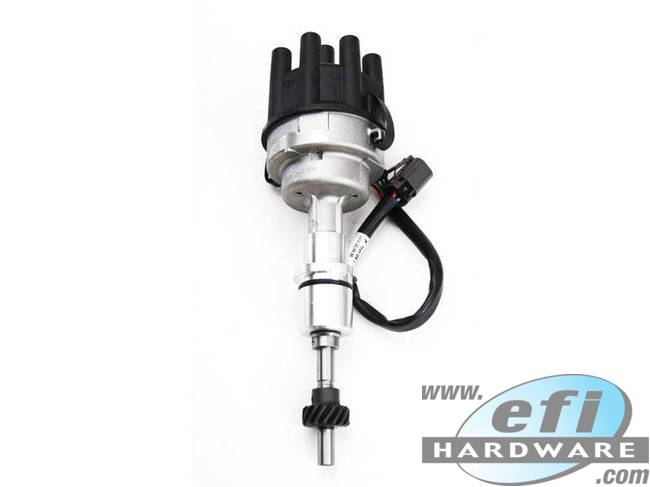 EFI Hardware sell a number of single and dual Hall Effect distributors to suit a number of applications.  The dual sensor versions are a good way to update an old engine to have a trigger system that supports sequential injection.
The design appears to be based on the Holden Commodore VT V8 distributor.

For the models listed in the below image. 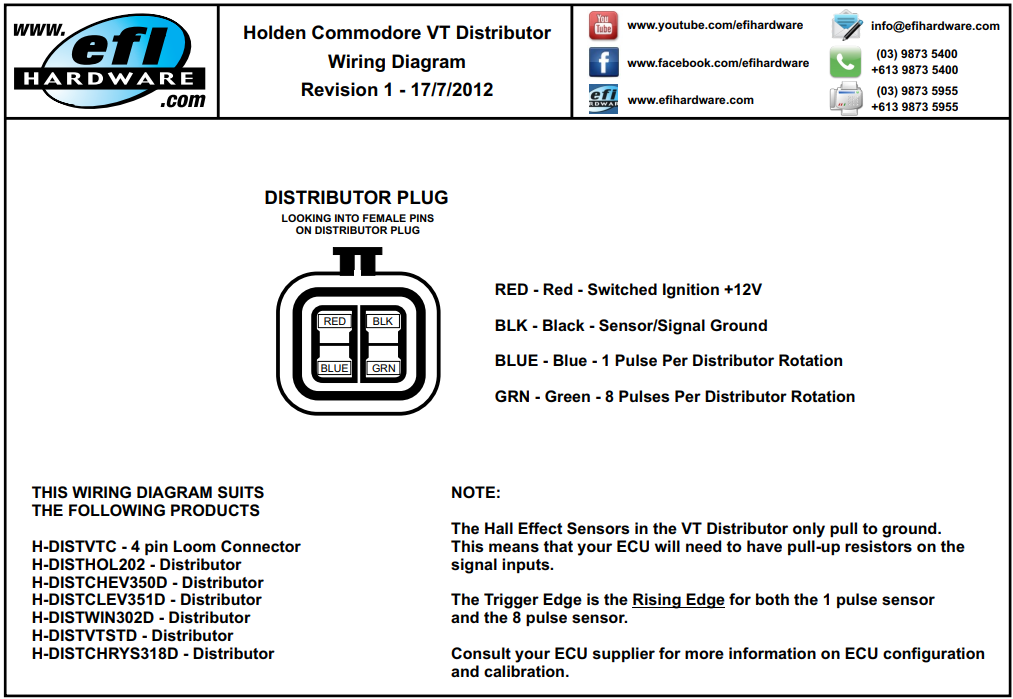 A good wiring "hack" to eliminate the need to run both 4-core cables to the distributor is to do a pin swap at the ECU connector.
In the Trigger 4-core the Trigger -ve green wire on pin B5 is not used.  We can instead move this pin over to the Home + (B2) ECU pin.  This then allows all 4 required connections to be available in the single Trigger 4-core cable.
Follow these steps to perform the pin swap:
1. Unlock the smaller 26-pin (B) connector by pushing in the white tab until it clicks. Two smaller white tabs will pop up on the other side.
2. Remove Pin 2 (yellow) and insulate this pin. It will not be used.
3. Remove Pin 5 (green) and insert it into Pin 2.
4. Push the 2x white lock tabs in until they click.
5. Now wire as follows 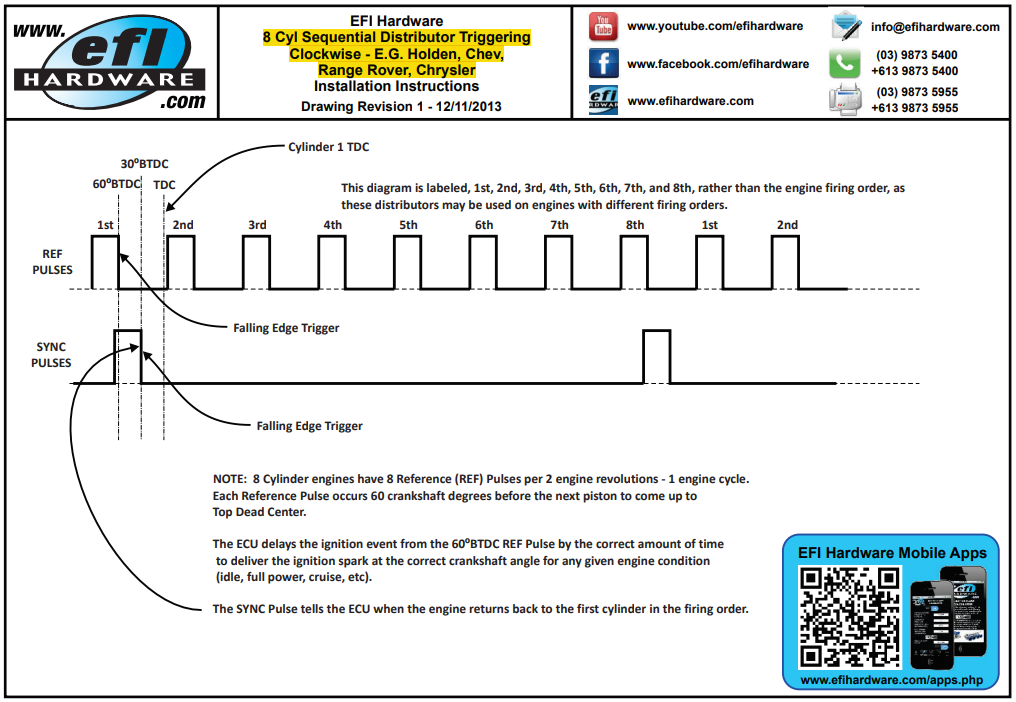 Because the Sync Pulse occurs after the Trigger Pulse for cylinder#1 rather than before it means the TDC Offset will need to be moved by 7-cylinders worth of crank rotation.  The sheet tells us the Falling edge occurs at 60 deg BTDC.  Now we need to use a little math to figure out the correct offset.
2x crank rotations = 720 deg
720 deg  divide by 8 cylinder = 90 deg per cylinder.
90 deg x 7 cylinders = 630 deg
Add the original 60 deg angle and we get 690 deg BTDC.
So the following configuration should be used. 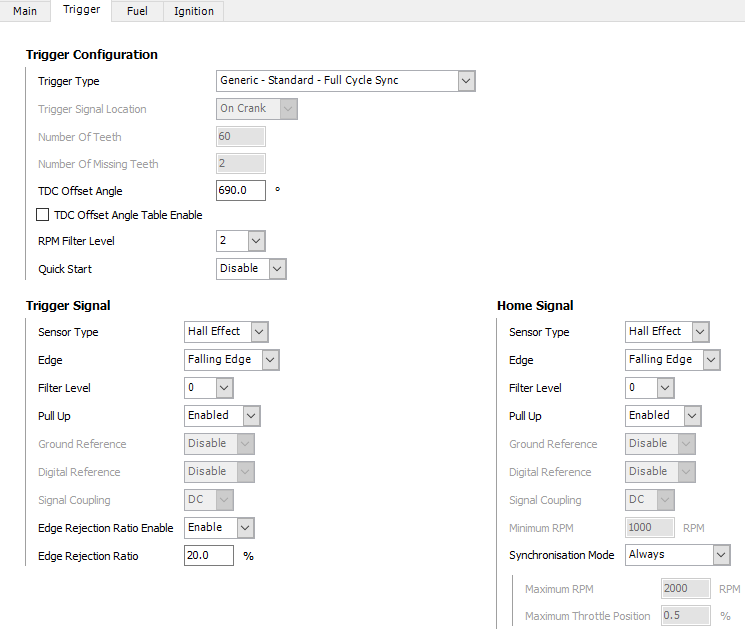 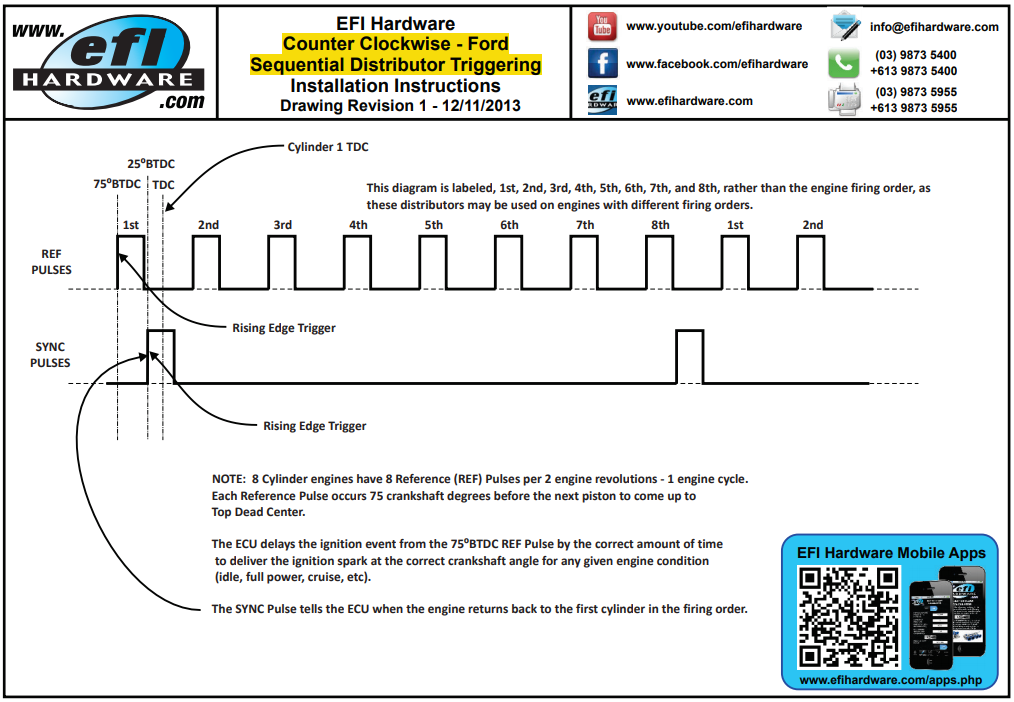 This version has the Trigger at an appropriate angle on the Rising edge at 75 deg BTDC.  Using the same process as above we get a TDC Offset of 705 and the following configuration should be used. 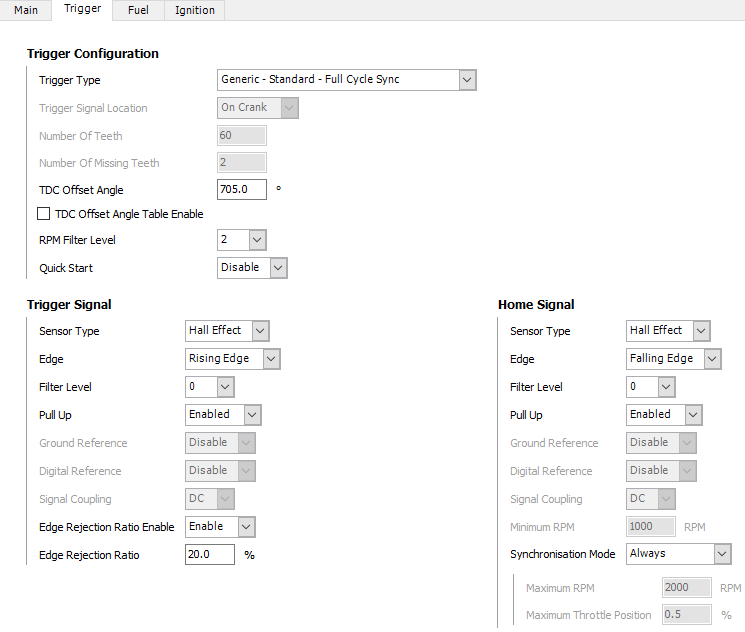