The two most important sensors on your engine are the crank and cam sensors, so it’s super important to ensure they’re installed, wired and configured correctly. 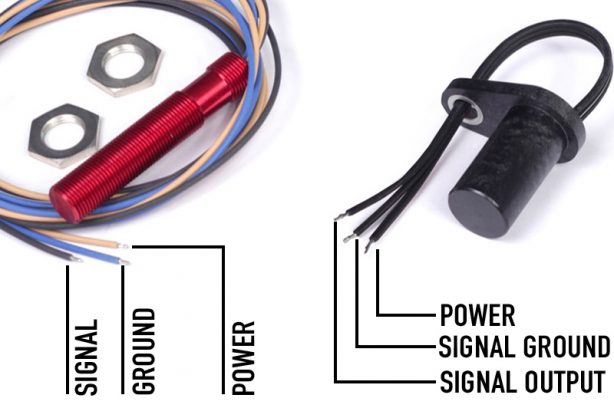 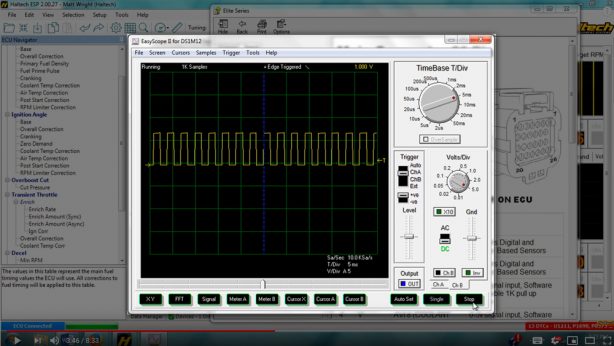 When choosing a Hall effect sensor make sure it is compatible with:

Your sensor should also be capable of handling the tooth frequency (the number of teeth it can count in a certain amount of time).
We usually recommend fitting a sensor without any inbuilt filtering as these may cause havoc when you’re trying to detect a missing tooth on a crank trigger wheel.
Hall effect sensors typically like an air-gap (the distance between the sensor and the target material) of around 1mm or 40 thou. Check the sensor’s spec sheet to confirm.
Hall effect sensors tend to dislike high temperatures, so again check the spec sheet. Generally you shouldn’t expect Hall effect sensors to work much above 90 degrees Celsius unless otherwise stated.
A Reluctor sensor is typically a 2 wire sensor and does not have any fancy electronics.

A Reluctor is made up of a permanent magnet, a ferromagnetic pole piece and coil of wire. Each end of the coil of
the wire is referred to as the Reluctor +ve and Reluctor -ve which are the signals that are fed into the ECU.
Because of the lack of electronics inside the Reluctor sensors can typically handle temperatures much higher than the Hall effect sensor. It’s not unusual to see them working in environments over 200 degrees Celsius.
The Reluctor sensors are much more sensitive to the Air Gap between the sensor and the trigger material. Getting that gap right is critical, it must be exactly the same between teeth and it is a much tighter gap than in Hall effect sensors, down around 10 thou or 0.25mm or even less in some cases.
This places additional demands on the trigger sensor mount as the margin for error is much less than with a Hall sensor. 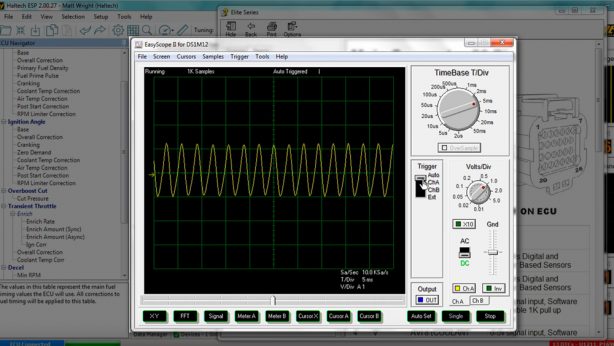 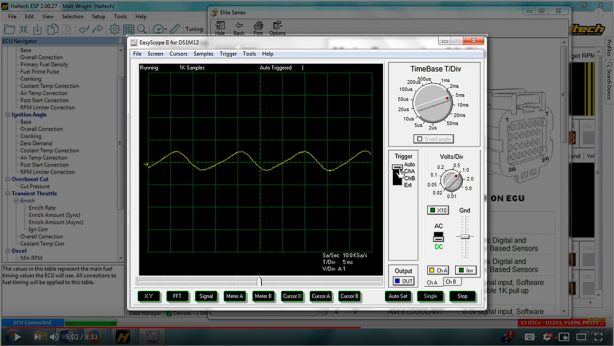 This presents a problem in that the noise the sensor generates also becomes higher, and the exact triggering edge that the ECU calculates the ignition timing off is also more complicated to interpret. 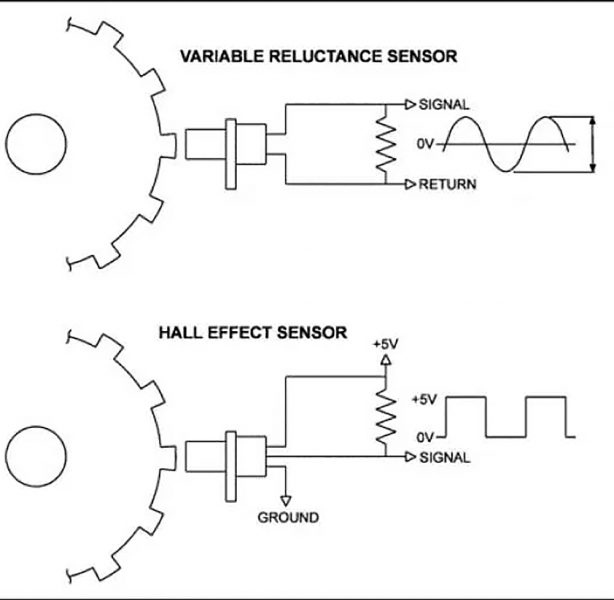 Hall effect sensors are easy to mount and easy to configure in the ECU software, however they don’t like getting hot and depending on the model may “filter” or miss teeth that you really want to detect.
Reluctor sensors don’t mind the heat and are extremely reliable, however they require time in setting up the trigger voltages vs. engine RPM and require a very accurate sensor mount in order to provide a very small gap between the sensor and trigger tooth to ensure trouble free operation.