The fuel injected 5.0L Holden V8 was used in the VN to VT Series 1 Commodore.  Early models used a simple mutlipoint injection while the VT received some technical updates, such as sequential injection via a new distributor, wiring, and ECU.
VN V8 Engine 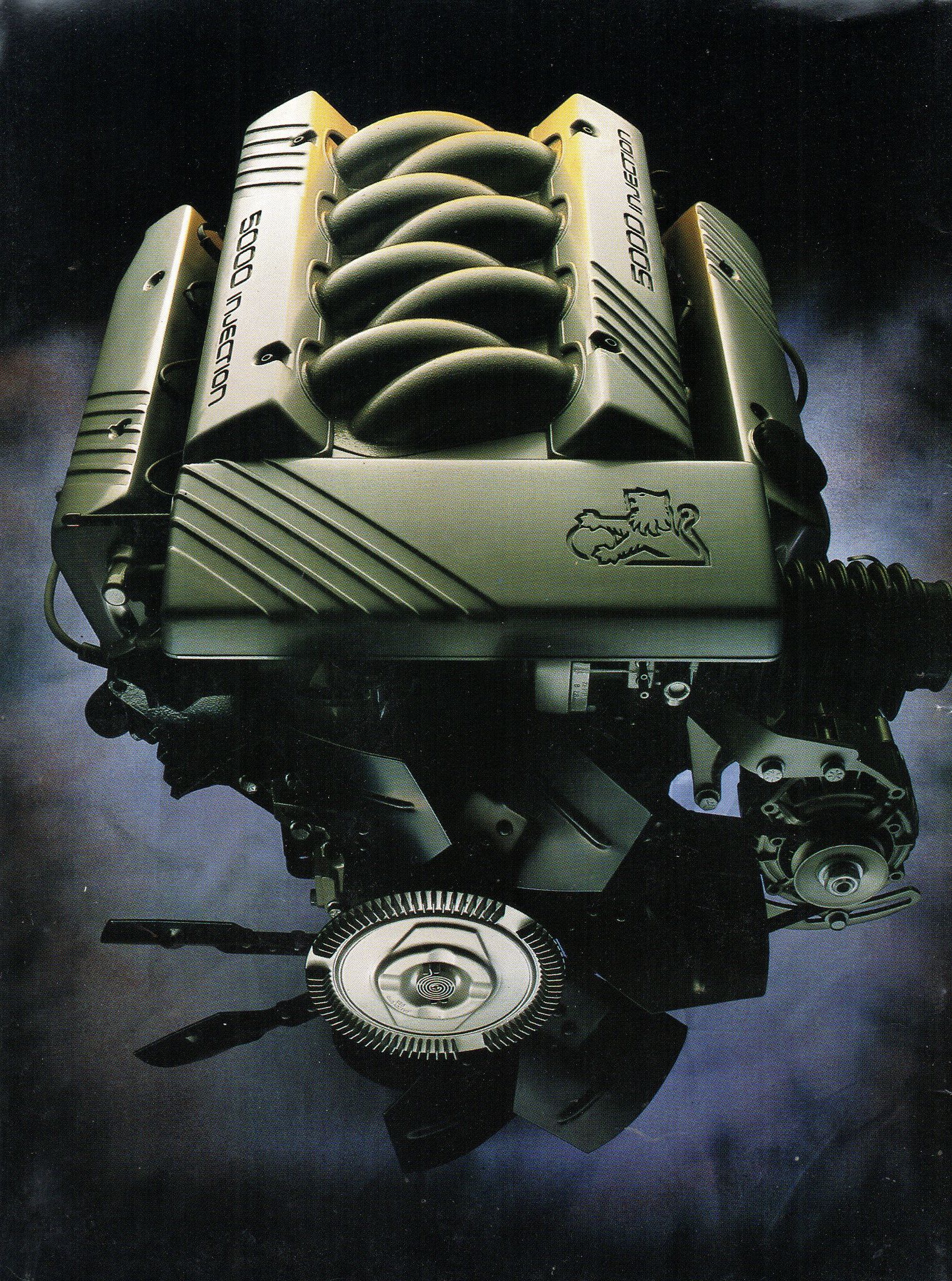 Early VN-VS models used an old style of multipoint injection.   In the factory ECU there are only two injector output pins (D15 and D16) and these two are linked together in the wiring.  As such there is no other way to fire the injectors other than all of the firing together.
Late VS Series 3 and VT Series 1 models had a change of ECU, distributor, and wiring, together with the addition of a MAF sensor to allow true sequential injection.  These have an ECU with 8x injector outputs and a distributor with an 8x and a 1x Hall Effect trigger system.  These models have engine covers denoting Sequential Injection.

VN-VS models can use the plug in Platinum Sport GM if the OEM wiring loom is still in place. It is usually advised to move to an Elite 2000 or 2500 for any serious build though.  This requires a new wiring loom to be fabricated, however all factory functionality is supported on early models.
VS Series 3 and VT Series 1 require a piggyback style installation if all factory dash functionality is to be retained.

The Platinum Sport GM is designed to run the factory distributor and DFI module. If any of these factory parts have been removed to upgrade, (MSD/ICE Ignitions for example) then custom firmware must be loaded into the Sport GM.
Below are 2 firmware files which will suit most installations.
1.13.1 Experimental 18: Enables pull-up on the trigger. Leaves ignition output as Falling edge.
Used for DFI delete with inductive coil setups (eg. LS1, IGN1A, dumb igniter, ICE ignition)
Download Link
1.13.1 Experimental 19: Enables pull-up on the trigger. Changes ignition output to Rising edge.
Used for DFI delete with CDI setups (eg. MSD 6AL)
Download Link 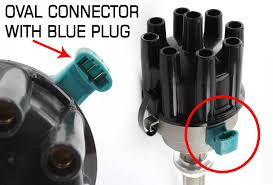 This model has markings on the blue connector (+,0,-). For direct connection without a DFI module wire as follows 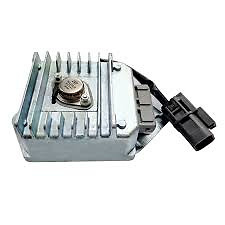 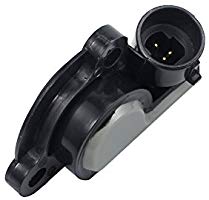 The vehicle comes with a 1-Bar MAP sensor, meaning it reads only atmospheric pressure and not any boost pressure. 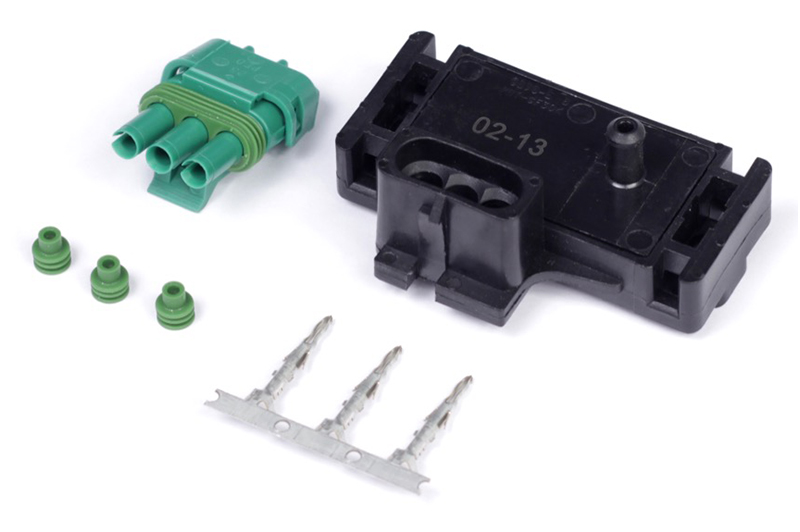 The factory idle control uses a stepper motor.  This is only supported on the Sport GM plug in, or the Elite 1000 and higher ECU models.
It is not supported on Elite 550, 750, or 950 ECU models. 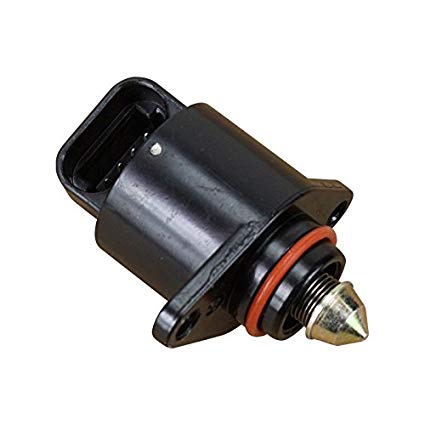 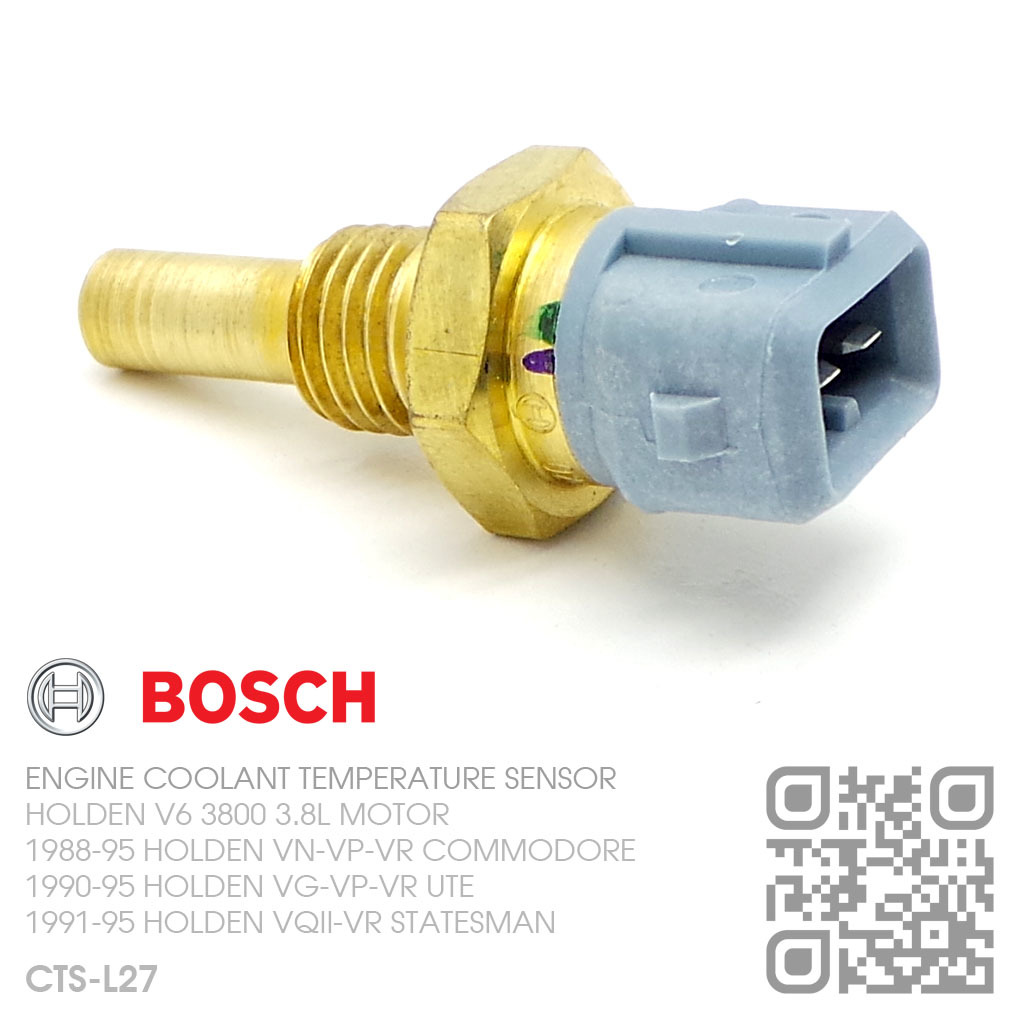 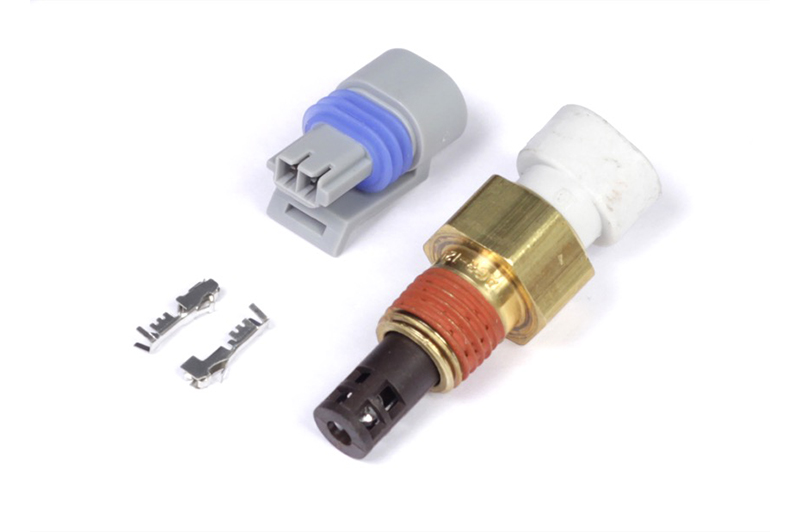 Uses Delphi connector that requires the wire to be fed through the connector first, the pin crimped, and then pull back to lock the pin in place
Wiring is not polarity sensitive.
Calibration: Use "Temperature - Holden VP V8 Air Sensor.cal"
Created for Haltech ECUs using a 1k pullup to 5V

Early models used a single narrow band 2-wire O2 sensor located on the LHS exhaust header.  There was no need for 2x O2 sensors on these models because the injection was linked anyway so there was no way to do any banked fuel control.  These sensors lack a heater and by modern standards are virtually useless.  It is strongly recommended to replace the sensor with a wideband O2 kit. 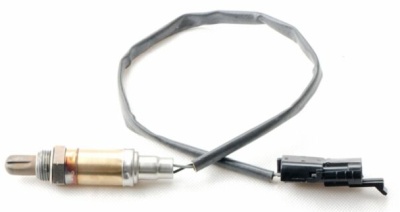 Most narrow band O2 sensors use a black wire for signal.  This is often mistaken as the ground wire.

The VS Series 3 and VT added a Mass Air Flow (MAF) sensor.  This is often deleted when a Haltech ECU is added. 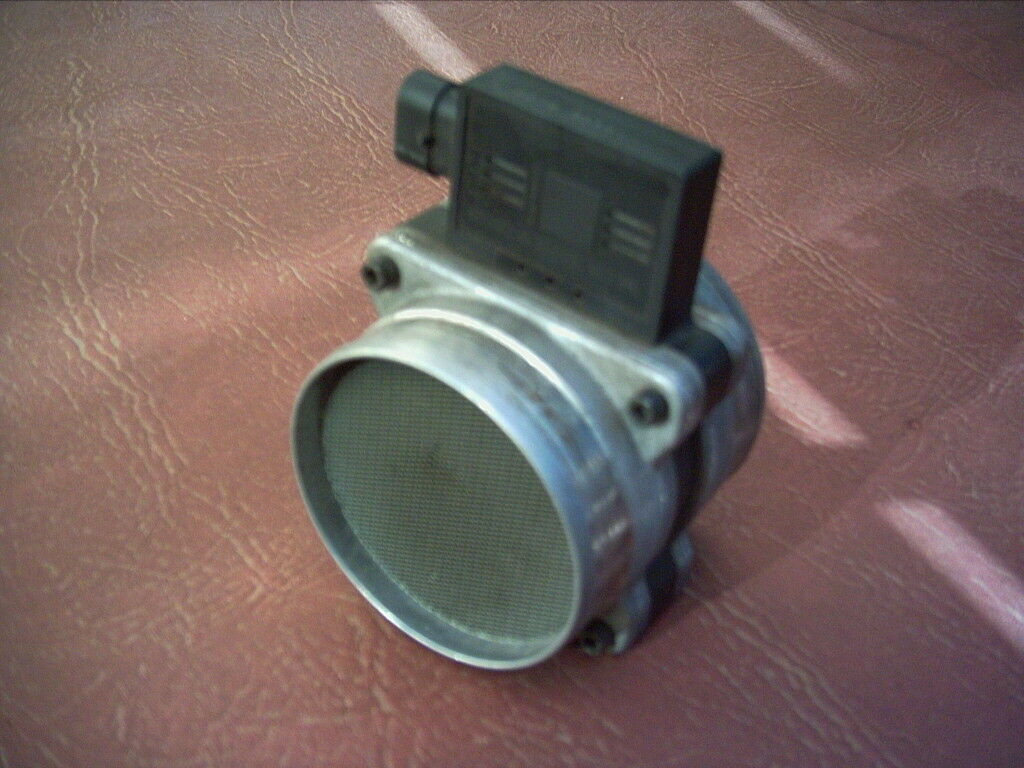 OEM ECU is located in passenger side kick panel 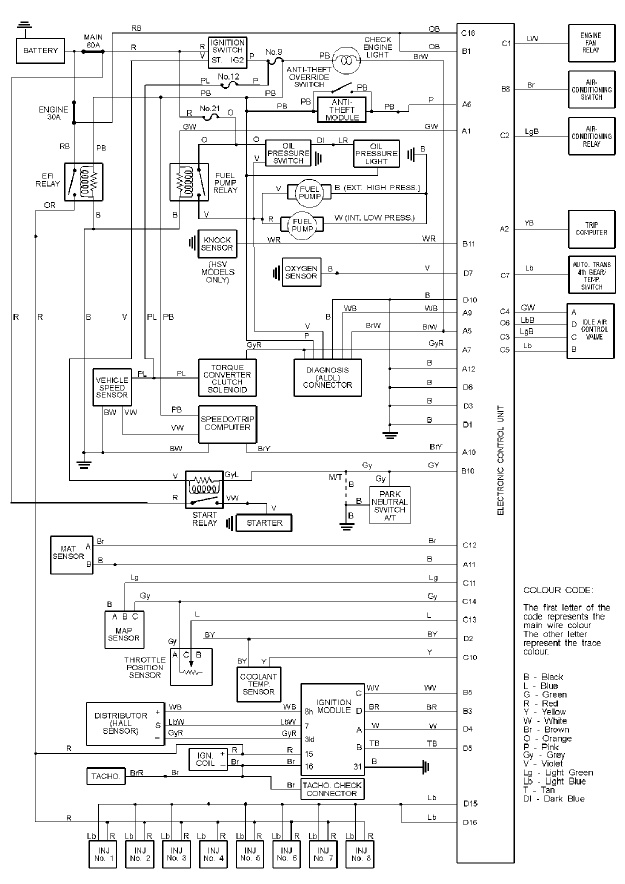 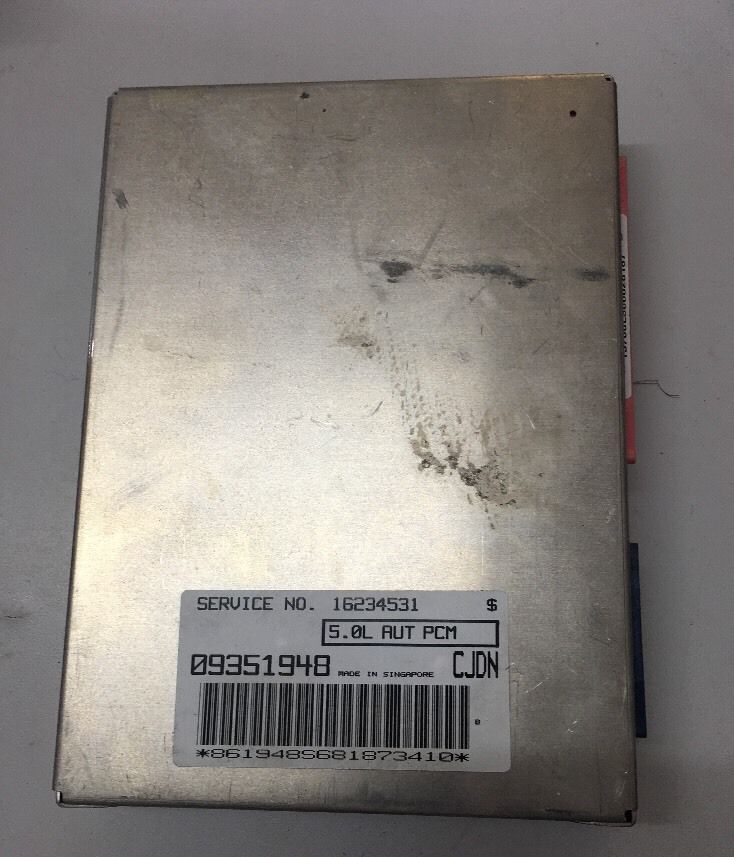 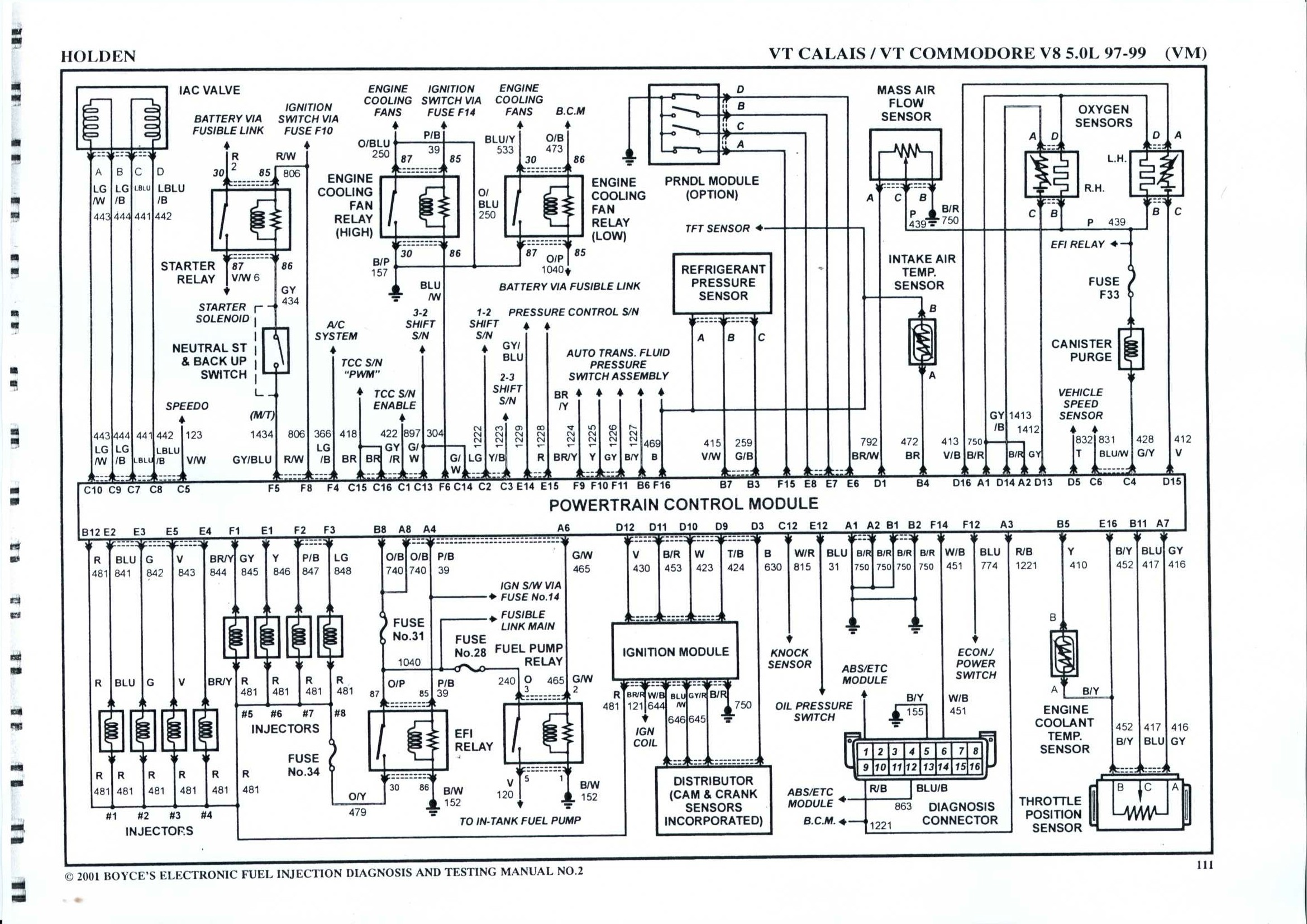 The only form of ECU control of the TH700 gearbox is the lock up torque converter connected to OEM ECU pin A7 (grey/red).  It is a ground switched output.

The 4L80E transmission requires ECU control of shifting and lock up converter. 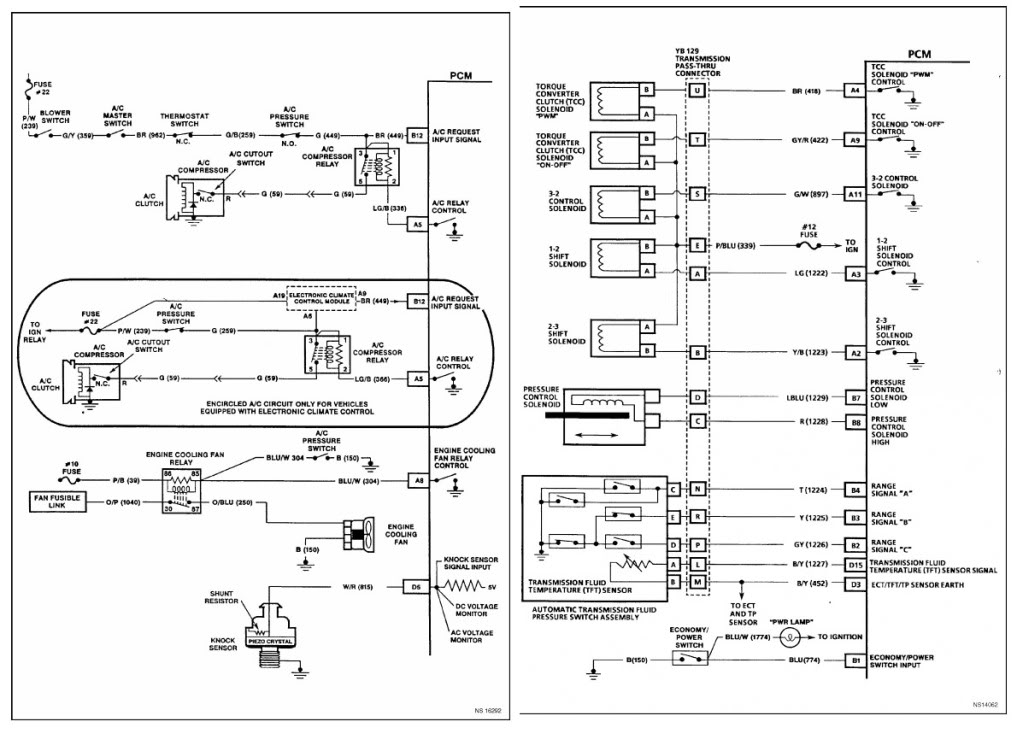 These engine use a DFI module ignition system.  What makes them unique is that the ignition system will actually still fire a spark to each cylinder without an ECU being present. When an ECU is present it switches to Bypass mode (sends a 5V signal to the Bypass input on the module) where the ECU is then given Distributor signal and will send back a timed signal to the module to fire the spark, thereby controlling ignition timing as every other common ECU ignition system works.  The module when not in bypass simply does this by "edge-firing" off the Rising edge of the Distributor signal which is set at 10deg BTDC.
You can actually ensure the distributor is phased correctly by disabling the Bypass signal and physically moving the distributor and checking with a timing light that you have 10BTDC.  When set correctly you re-enable the Bypass and check your TDC Offset which is typically around 60deg.