Today we’re exploring Nitrous Oxide. What it is, how it works and most importantly – how to use it to make power!

In order to make power our engines need air, the more air we can get into them, whether it be by increasing compression and efficiency or adding a supercharger or turbocharger the more power we can get out of them.

The air that we and our engines breathe is made up of about 21% Oxygen, 78% Nitrogen and a 1% mix of other gasses and it’s the Oxygen and Nitrogen in the air that we’re interested in.
Oxygen is the gas that we ignite and Nitrogen’s the gas that expands when it gets hot and pushes the pistons down.
The more Oxygen and Nitrogen we can fill the engine with – the more liquid fuel we can add and the more power we’ll make. So why don’t we just inject pure oxygen?
Firstly, pure oxygen is pretty dangerous and while it is not flammable itself it does act as an oxidiser and can make things a whole lot worse if a fire is present. Secondly, if you inject pure oxygen you’re displacing the nitrogen that we need to expand under the heat of combustion to make power – this results in ridiculously hot combustion temperatures but with a lot less expansion and that means less torque and less power. 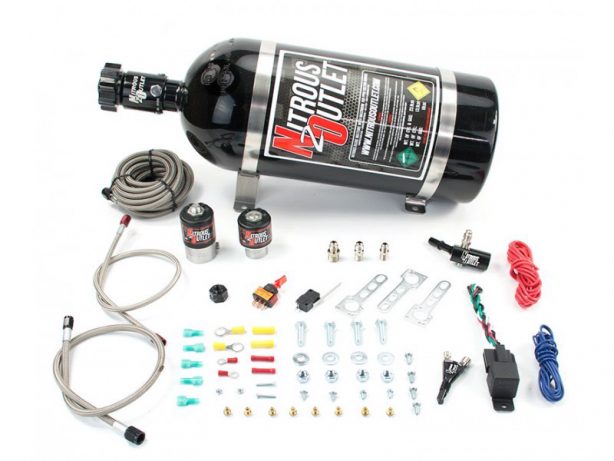 The best way to make more power is to make the intake charge as dense with Nitrogen and Oxygen as possible. Enter Nitrous Oxide!

What is Nitrous Oxide?

Nitrous Oxide, commonly referred to as Nitrous or NOS (one of the popular company names) is a chemical compound made up of two parts Nitrogen and one part Oxygen with the chemical formula N2O. 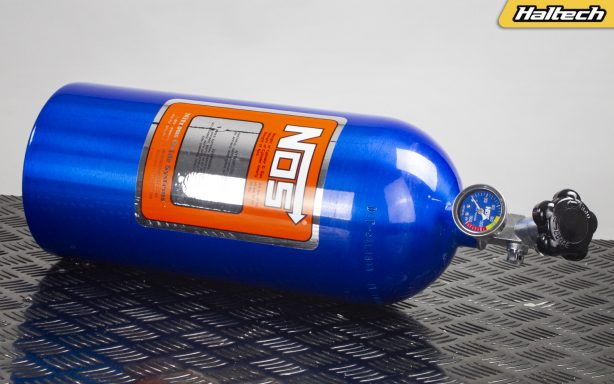 It is stored as a liquid above around 735psi and it's used in our racing applications at around 950psi. Temperature plays a huge role in the bottle pressure and is something that we need to be monitoring and controlling in order to use it consistently and safely.
The pressure of the bottle will increase by nearly 100psi per 5 degrees Celsius until we get up to around 27 degrees Celsius, then small changes in the bottle temperature can increase the bottle significantly.
For example, if the bottle changes from 27 to 30 degrees Celsius you can expect to see a rise in pressure from 850 to 950psi!
It’s important to know this because a change in pressure makes a big change in flow and a big change in Nitrous flow means a change in the engine’s fueling and ignition requirements for its newfound charge!

How does it work?

While Nitrous Oxide is making its way into the engine two magical things happen. First – it comes out of the fogger from very high pressure to very low pressure and because of thermal expansion, it becomes very cold, very quickly. This reduces the engine’s natural intake charge making it denser simply by cooling it. The second thing that happens is that it heats up! 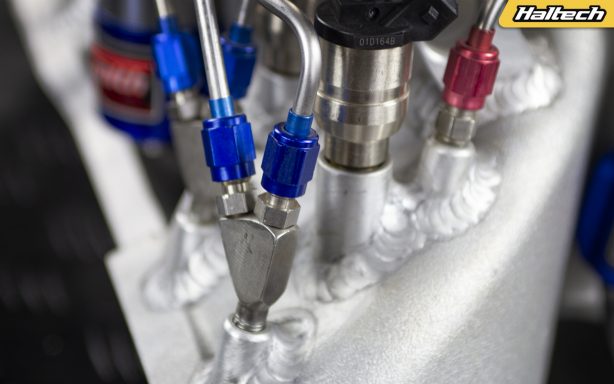 Nitrous foggers, like the two-stage one pictured here are placed as close as possible to the intake airstream and in a close proximity to the fuel injector.
When it gets hotter than about 300 degrees Celsius Nitrous Oxide splits into two Nitrogen atoms and one oxygen atom. The oxygen atom aids in the combustion event that’s occurring with the engine’s fuel while the Nitrogen hangs out with the other Nitrogen atoms in the cylinder and expands when it gets hot. 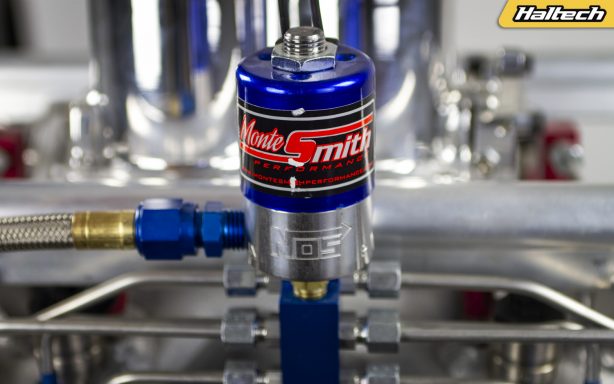 A Nitrous Soloneoid is placed between the bottle and the jets. Its job is to start and stop the flow of Nitrous to the jets.
This is why you may have heard Nitrous Oxide being referred to as a “Chemical Supercharger”, because the end result of using it is a more dense cylinder charge, much like a boosted engine. 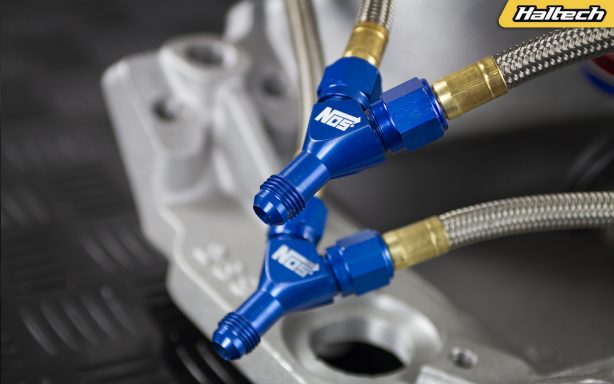 A mutli-stage system like the one picture above splits the Nitrogen flow into two banks allowing each bank to be controlled independently.

Single Nozzle: This is the most basic Nitrous setup. A nozzle is inserted into the intake manifold or throttle body and the nitrous or nitrous/fuel mix is introduced to the engine via that single point. Simple to install and set up, the Single Nozzle systems are also the least precise.
Plate: This system uses a spacer placed between the throttle body and intake ports with holes through which nitrous or nitrous/fuel mix is introduced into the intake stream. These systems are usually application-specific and thus easy to install. They provide more precise distribution than Single Nozzle systems.
Bar: Similar to the Plate system, a Bar setup utilizes a hollow tube with a number of holes drilled along its length, placed inside the intake plenum.
Direct Port: This is the most advanced and most precise Nitrous injection type. Nozzle/s are inserted directly into each intake runner as close to the port as possible. This system allows for a more controlled and even distribution of Nitrous and permits multiple stages of injection to be used at each port.

The addition of Nitrous Oxide into the intake stream requires additional fuel. That fuel can be delivered via the existing fuel injectors or via separate, solenoid-controlled fuel line(s).
A “Wet” Nitrous system consists of Nitrous and Fuel lines operating in tandem and introducing both Nitrous and extra Fuel to the existing mix.
A “Dry” system uses an existing fuel system (controlled by an ECU) and only adds Nitrous Oxide to the mix while the ECU makes the necessary changes to achieve the optimal air/fuel ratio. 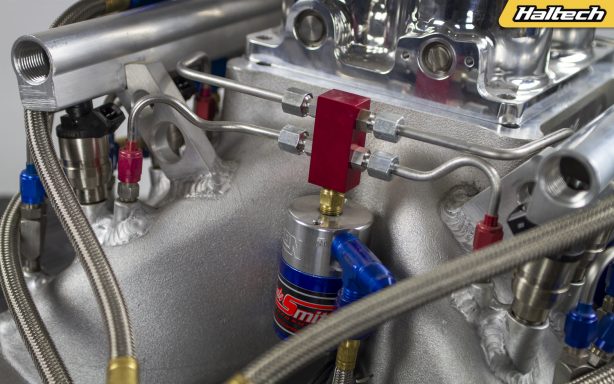 In a “wet system” separate solenoids are used to control additional fuel injection into each cylinder to supplement the Nitrous injection.
Wet nitrous kits are susceptible to backfires mainly due to the fact that fuel vapours can work their way into the intake tract where they could ignite. This is why a Dry and ECU-controlled Nitrous injection is a safer option.

You will often see Nitrous injected drag cars purging their Nitrous at the start line before staging. What they are actually doing is pushing the air out of Nitrous feed lines. When they can see a stream of Nitrous Oxide coming out of the purge nozzle it means the feed lines are now full of Nitrous Oxide which will then be sprayed through the fogger when the system is activated. 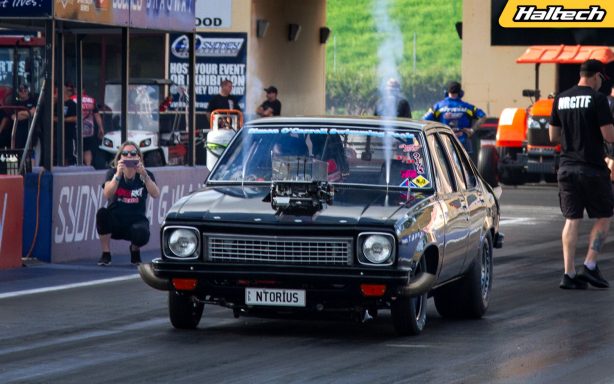 Benefits of the ECU-controlled Nitrous Injection

Nitrous will only be activated when the engine can accept it – ie within the right RPM range, over the right throttle amount (70% or more), within the right coolant temperature.
Setting the parameters for Nitrous activation prevents a potentially dangerous Nitrous accumulation in the intake.
ESP software provides infinite tuning options allowing you to adjust fuel, timing and retarding ignition, all of which can in turn yield more performance gains.
You can also map other engine operating conditions like adjusting variable cam control and VTEC activation points in order to maximise power in conjunction with Nitrous Injection. 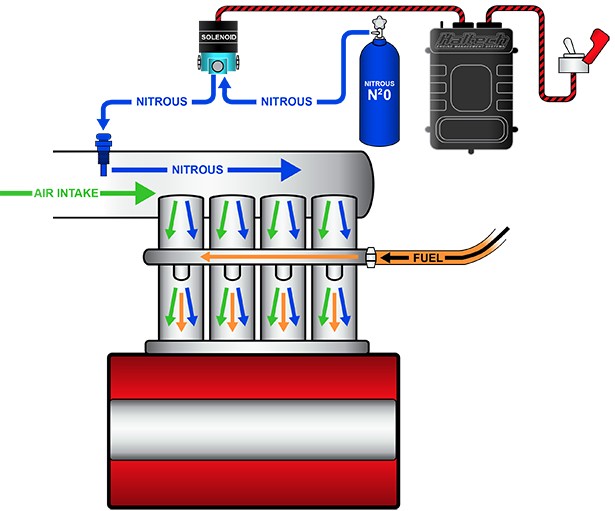 In a typical single stage Nitrous injection setup (above), the ECU controls the Nitrous solenoid and also monitors a number of other engine parameters in order to calculate a safe “window” in which to activate the Nitrous injection.
A quick guide to Nitrous kit sizing
Nitrous aficionados often refer to “shots” as a measurement of additional power gained from the Nitrous injection. A “100 shot” means you can expect an extra 100hp when the system is enabled. 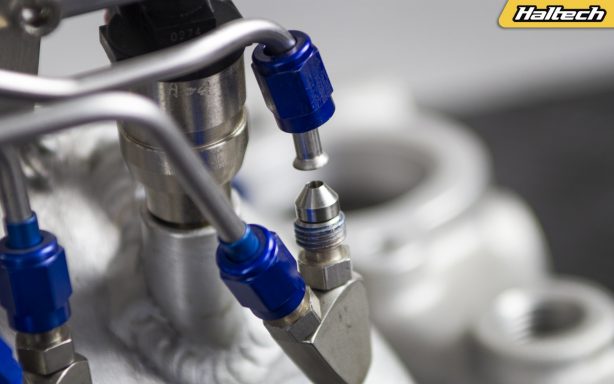 The rate of Nitrous flow is determined by the size of the jet. A jet is the small insert with an even smaller orifice that sits inside a fogger and restricts the flow of Nitrous into the intake airstream. It is sealed by the jet face which is machined at a 37° angle to mate with AN style fittings. 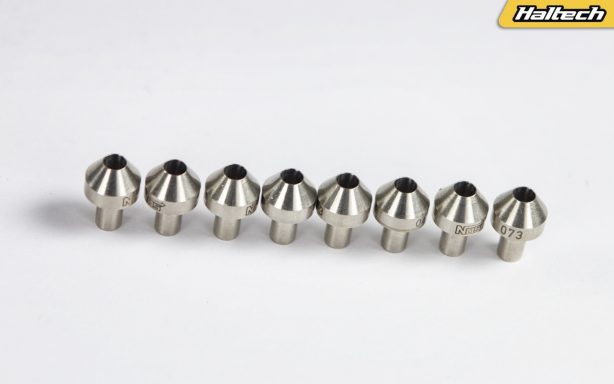 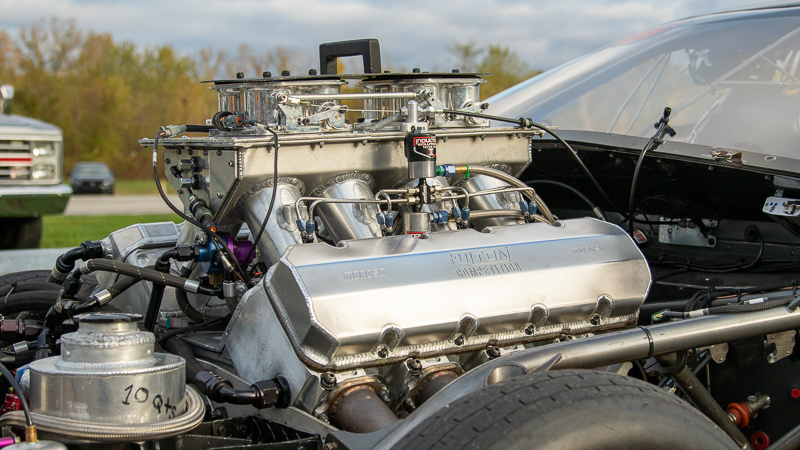