The RB series of engines are among the most popular and desirable engines in today's enthusiast society. There is no other engine that sounds quite like a twin cam RB. They are known for a power-band that is smooth and increases as it progresses throughout the rpm range. Because of this, the RB engine can be one of the most exciting power-plants to pilot, that came out of Japan in the 90's.
For information on the RB30 variant go to the RB30 Engine page. RB twin cam engines all share the same basic sequential fuel injection strategy.
Some models have a ballast resistor pack that should be bypassed if the injectors are to be changed.

The DOHC RB models all have a cam angle sensor located on the front of the engine driven by the exhaust cam.  One major issue with this is that the drive belt and camshaft vibrate at high RPM, with higher lift camshafts performing much worse.  They are also prone to debris blocking the slots or sensor beams causing triggering issues.
The solution for all high power RB engines is to use a crank trigger kit, of which there are many suppliers.  Virtually all crank trigger kits are supported by the Elite ECU, with only a 12x crank tooth pattern being supported on the Platinum Pro range.  It is preferred to use a missing-tooth style pattern if it is available from the manufacturer when an Elite ECU is used, and either Hall or Reluctor can be used. 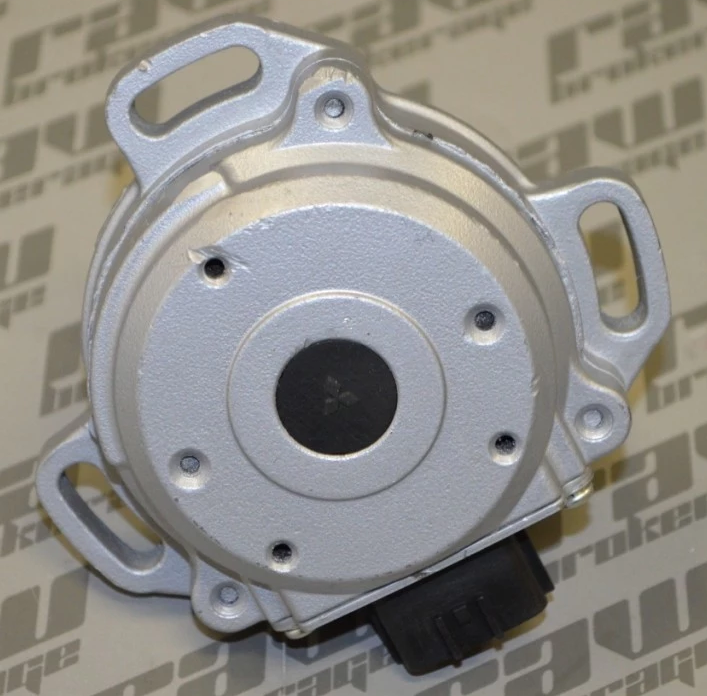 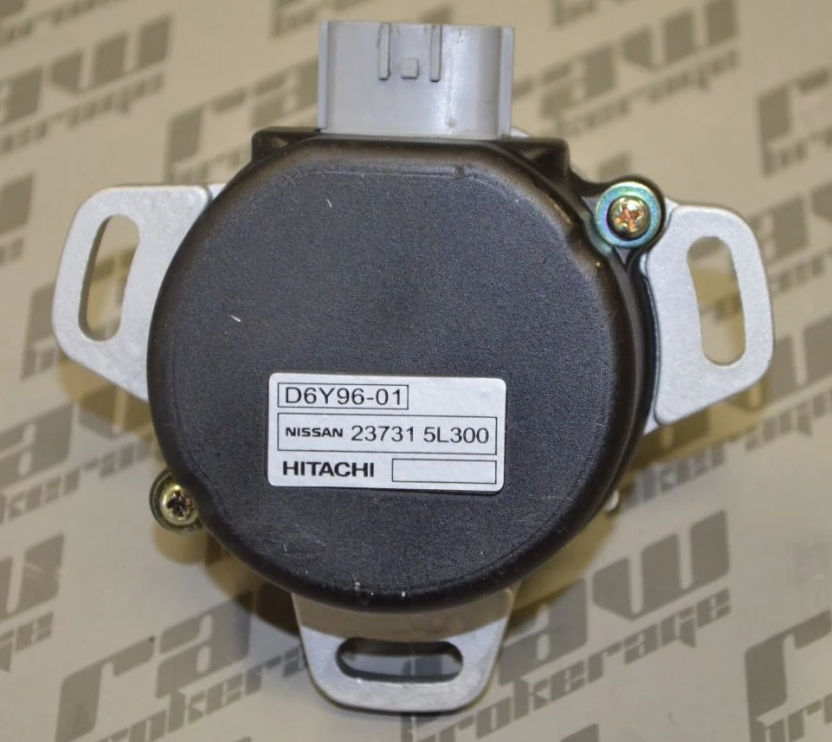 Nissan CAS or crank angle sensor is a crankshaft position sensor driven from the exhaust cam. The CAS, sometimes called a cam angle sensor by mistake, and has an optical wheel inside that is driven at 1/2 of the crank speed.  It has two sets of sensors and slots inside. One set is 360 one for each degree of CAS rotation (not crank rotation). The other set is 6, or one for every 120 degrees of crank rotation. The signals are typically labeled as the 1 and 120 signals.  The 120deg signal is used as the Trigger and the 1deg signal is used as the Home. 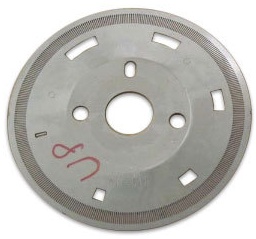 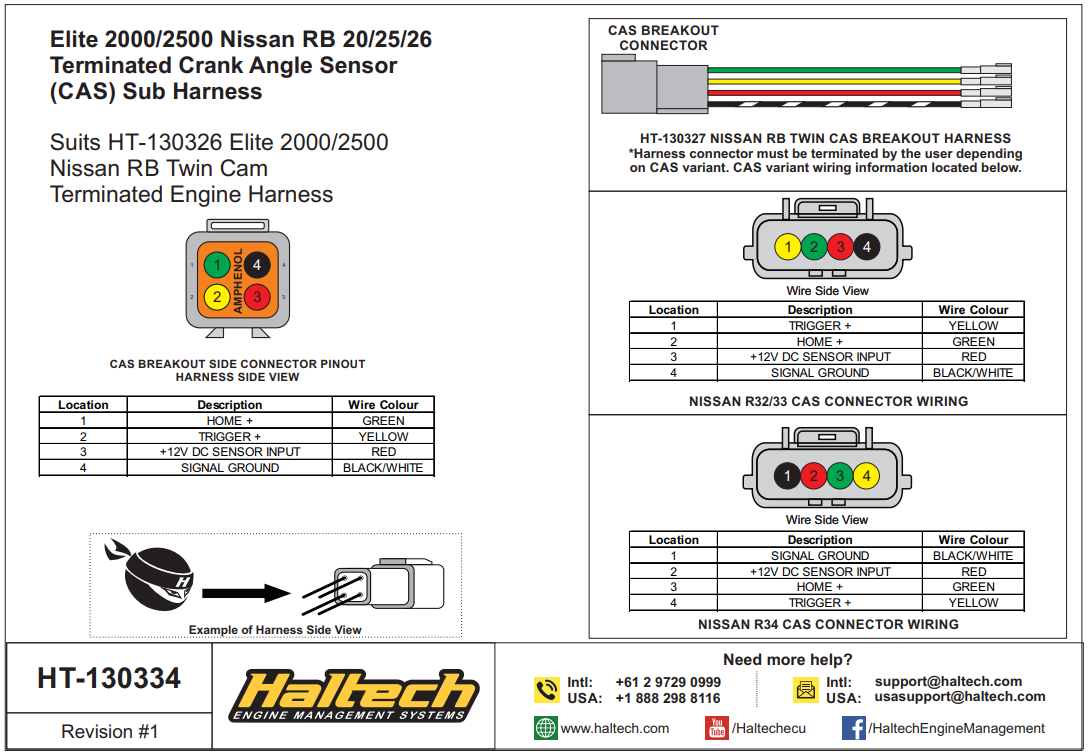 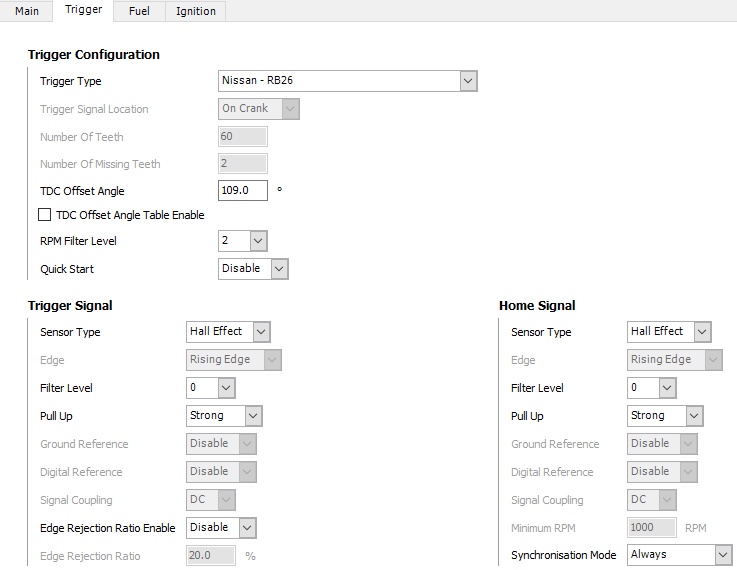 Early models have an external 6-channel igniter module located on the rear section of the coil cover.  There were various ignition coil types used.  All use Constant Charge with a Falling edge.

For models that have an external igniter, the wiring for them is labelled on the igniter itself 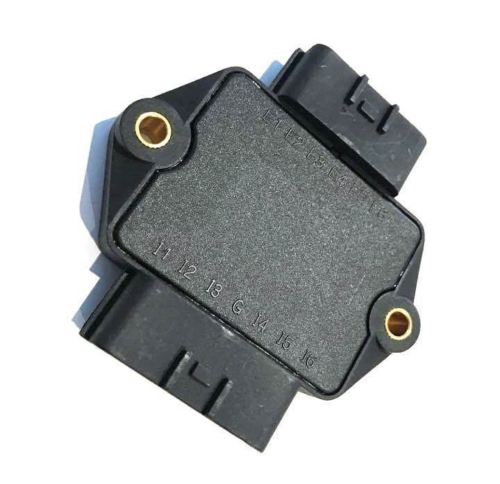 Wiring details are labelled on the coil
Early Coils (RB25 Series 1 and older) use an external igniter. They CANNOT be wired directly to the ECU. 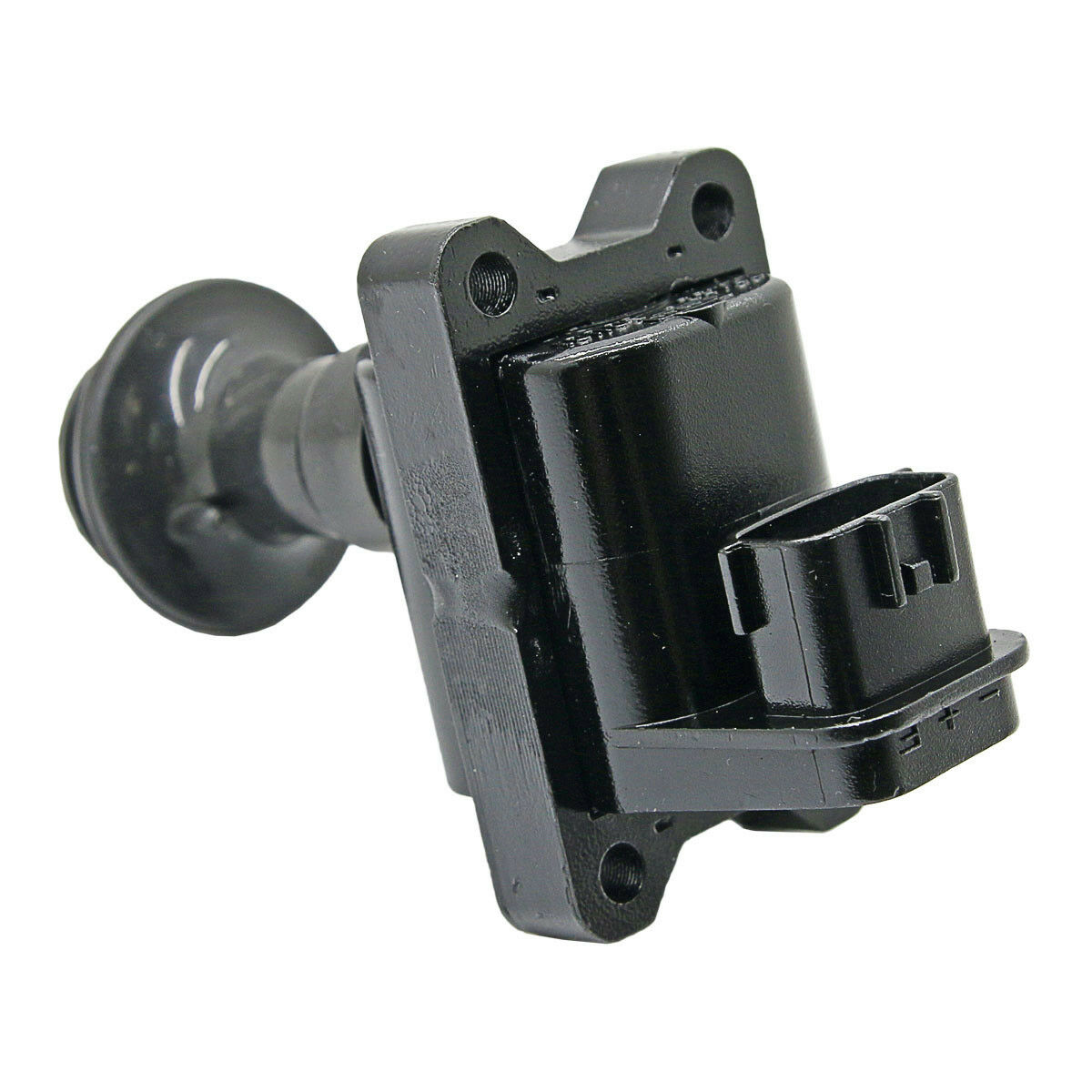 Later Coils (RB25 Series 2 and newer) have an internal igniter and can be directly wired to the ECU. 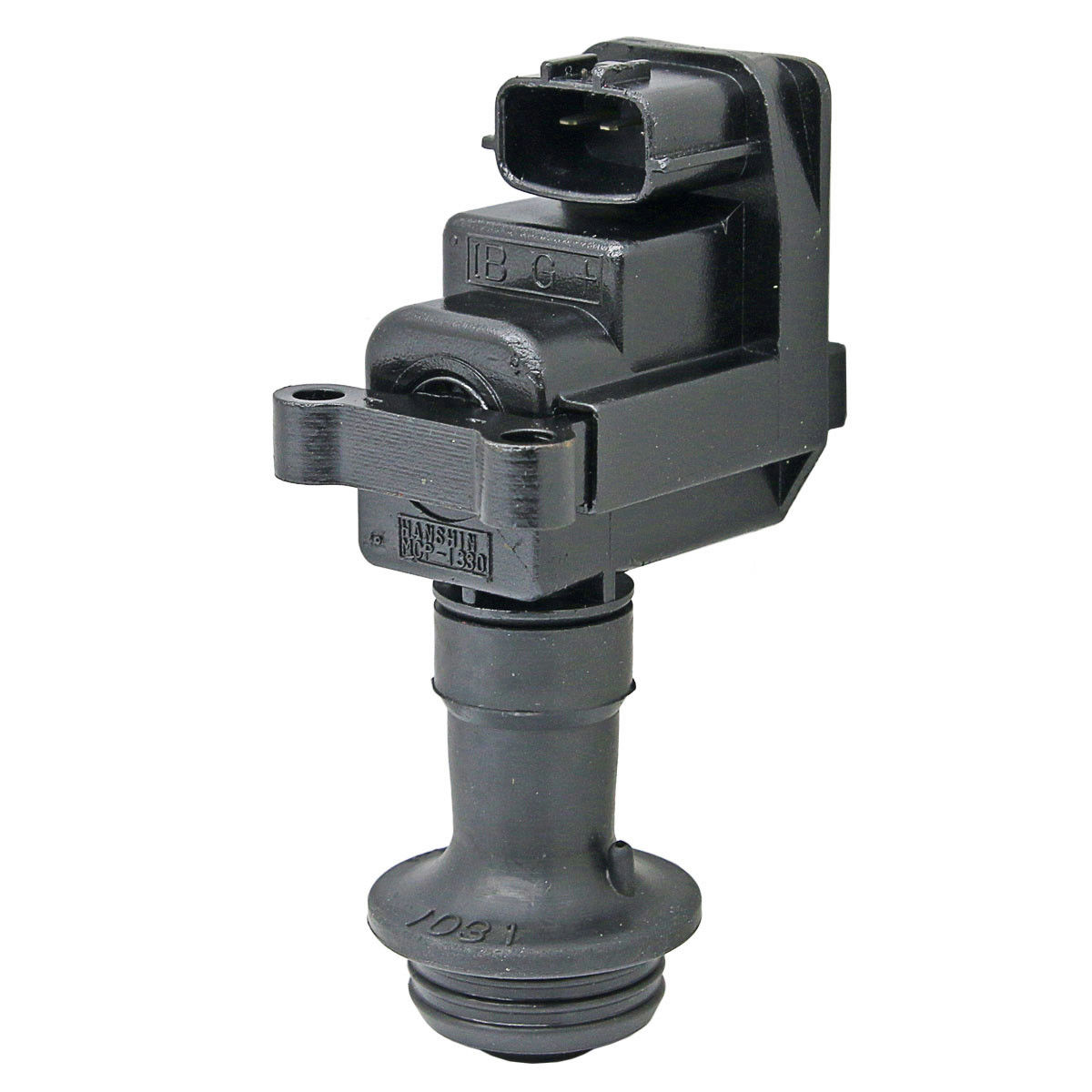 The cable connection is used for Haltech ECUs, and NOT the connection directly on the sensor. 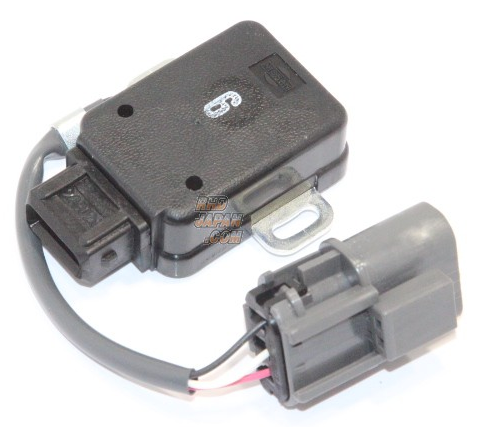 The RB series of engines do not come with a factory map sensor. They are typically fitted with a MAF sensor for airflow monitoring. With that said, we typically use the onboard map sensor or one of our many external map sensor options found here: https://www.haltech.com/product-category/ecu-inputs-and-o2-wideband-controllers/map-sensors/
Some models have a MAP sensor present but this is only used for the boost gauge on the dash and is not connected to the ECU.

The RB25DET motors have the N-VTC (Nissan Variable Timing Control).  This is a switched variable intake cam control system and is supported by all Haltech ECU models with the control solenoid located near the fuel pressure regulator.
Wiring involves connecting a switched 12V+ power source, and connect any spare ECU output (except ignition outputs) directly to the solenoid. 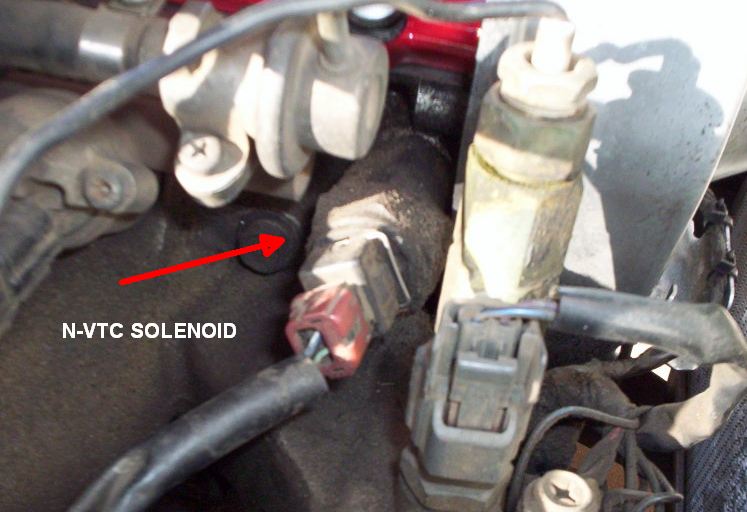 The factory idle control uses a simple 2 wire idle control motor. Any of our ecus can control a 2 wire type idle motor.
Most variants have 2x idle solenoids.  The larger solenoid is the normal idle control valve.  The smaller solenoid is a switched on/off type that is not wired to the ECU. It instead is switched on anytime the A/C Compressor is active. 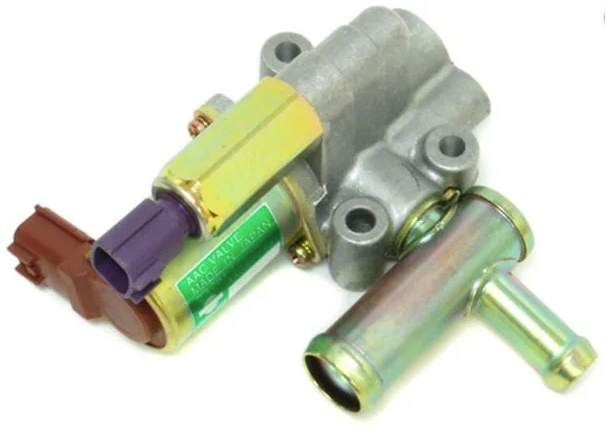 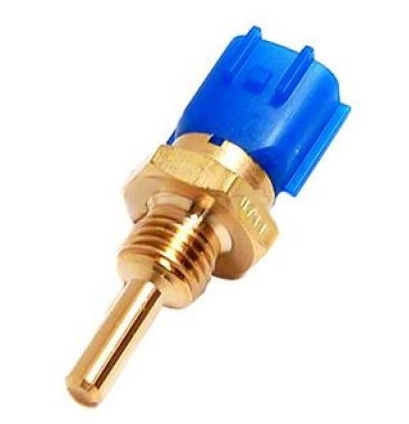 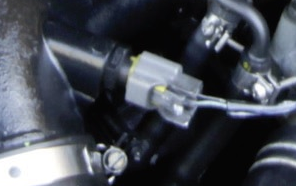 The RB26DETT engine does have an air temp sensor threaded into the intake manifold near the front. This sensor is known to have a very slow response rate and prone to heat soak due to its location. For that reason, we suggest replacing this sensor with one of our air temp sensors found here: https://www.haltech.com/product-category/ecu-inputs-and-o2-wideband-controllers/air-temp-sensors/
These sensors should be installed in front of the throttle body in the intercooler piping. Wiring is not polarity sensitive.
Other RB variants do not come with an Air Temperature Sensor, and these models should have the sensor added when using a Haltech ECU.  The ideal location is in the intake plenum, however it can be added to an intercooler pipe near to the throttle body.

Most RB variants have a single O2 sensor located on the down-pipe after the turbo.   Twin turbo models (RB26DETT) have 2x O2 sensors, one for each turbo down-pipe.
Older style O2 sensors are of a Titania type.  These actually vary resistance to the ECU but they can still be used.  They typically have an offset voltage output reading from around 0.4V to 1.4V, so a crossing voltage of around 0.7 to 0.8V will work better. Newer style O2 sensors are of a Zirconia type and these are the same as all common 0-1V sensors used throughout the auto industry. 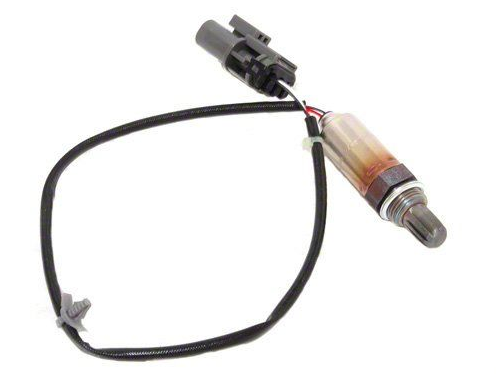 These sensors only have a 1v sweep and by modern standards are not suitable for engine tuning.  It is strongly recommended to replace the sensor with a wideband O2 kit found here: https://www.haltech.com/product/ht-159976-wb1-single-channel-can-o2-wideband-controller-kit/.

RB engines have a boost control solenoid.  The solenoid however is plumbed in such as way as to only offer a small amount of boost increase.  Instead of the valve acting as the distribution point, it is instead located on the section of the venting hose that comes off the T-piece, which restricts the amount of pressure that can be vented. The OEM vent hose also has a restrictor pill inside the hose and this can be located where the hose has a paint stripe.  As such the valve is only of a 2-port style and cannot be re-plumbed to give better control.
When boost control is to be handled by the Haltech ECU all of the plumbing should be redone to suit the Haltech Boost Control Solenoid. The OEM wiring can be used to control the new solenoid.

All of the twin cam RB's used a Mass Air Flow (MAF) sensor with the RB26DETT having 2x MAF Sensors.  This is often deleted when a Haltech ECU is added however it is possible to use them if this is preferred by the tuner. 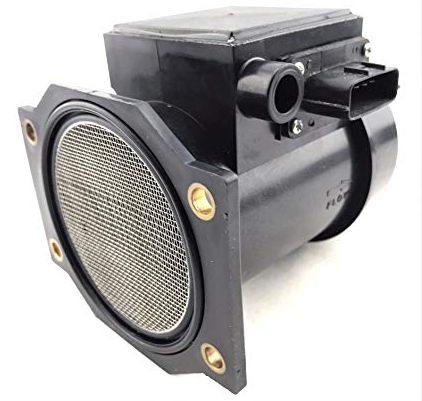 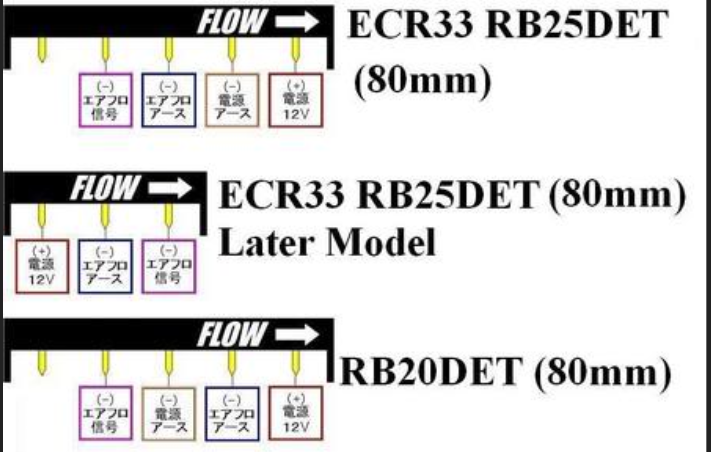 ATTESA (Advanced Total Traction Engineering System for All-Terrain) is Nissan's control system that allows an All Wheel Drive vehicle to normally have drive to just the rear wheels, and as conditions require power can be directed to the front wheels.  The ATTESA system has it's own ECU to handle this, but does require a Throttle Position reading.  This is provided normally from the OEM ECU as a 0-5V signal with ~0.5V for 0% TPS and ~4.0V for 100% TPS.
All plug in ECUs and adapter harness kits from Haltech incorporate hardware that allows this signal output to occur, and this is mappable as a 0-100% duty signal.
For vehicles that are wired directly Haltech offers a TPS Output device to support the ATTESA system.  Part No. HT-038001 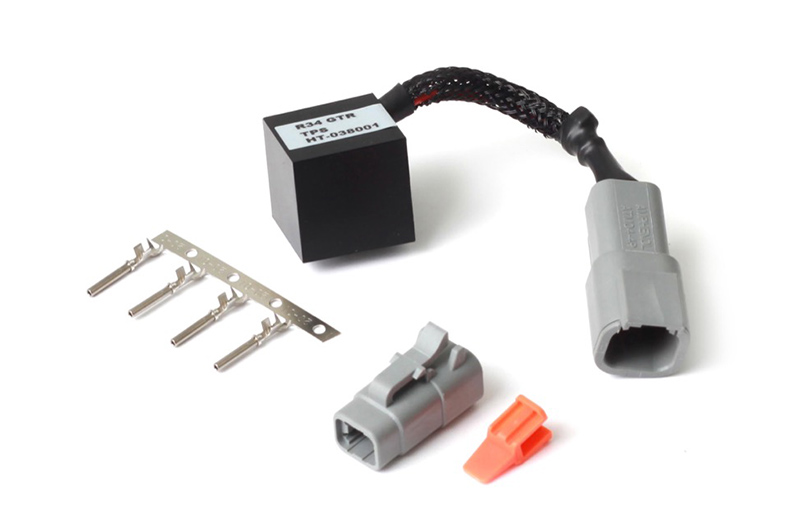 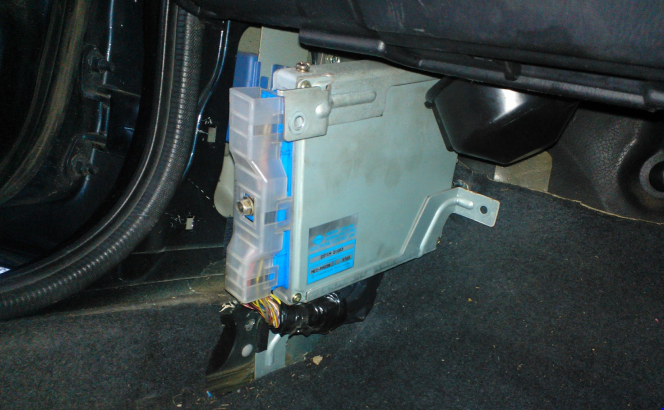 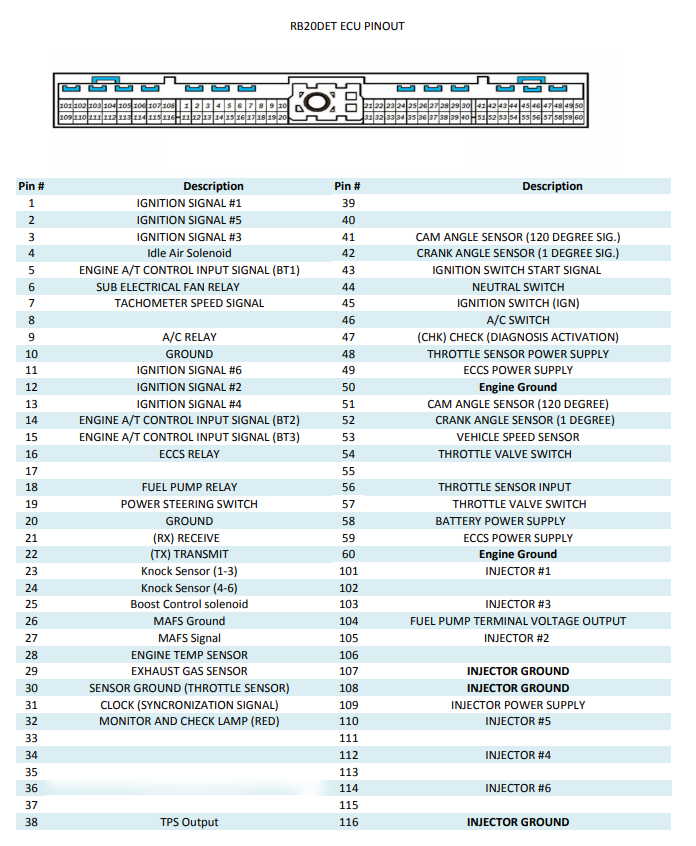 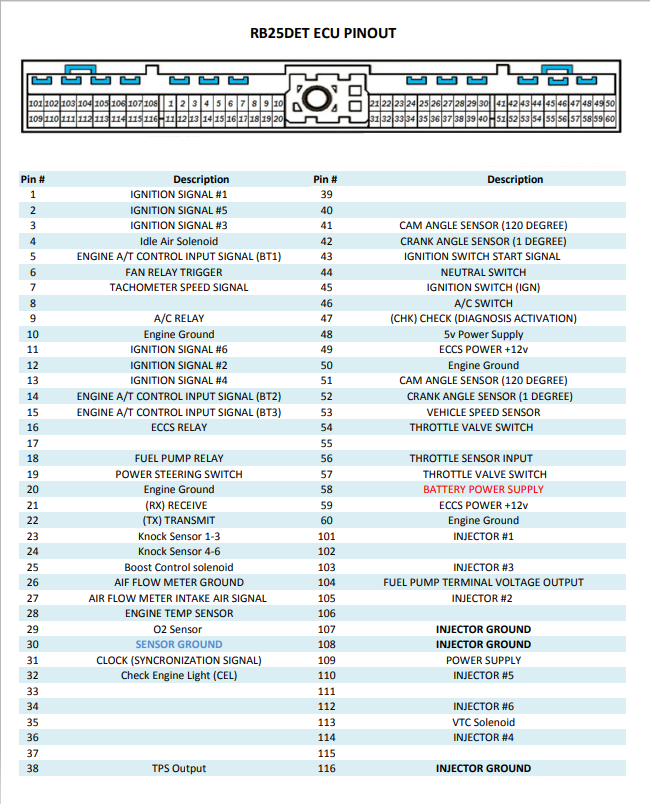 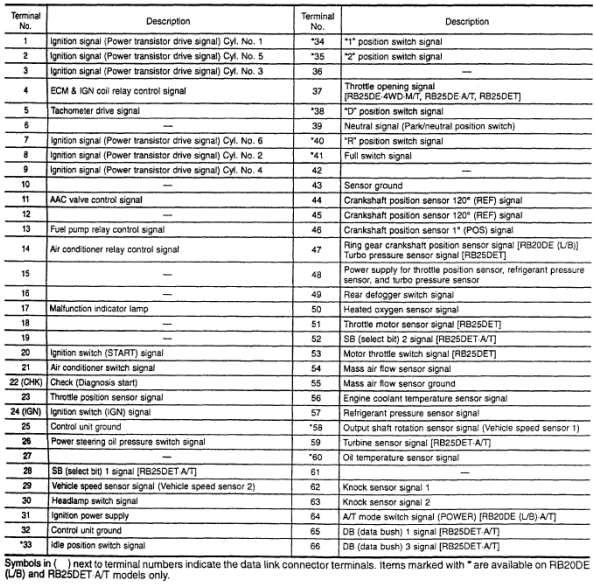 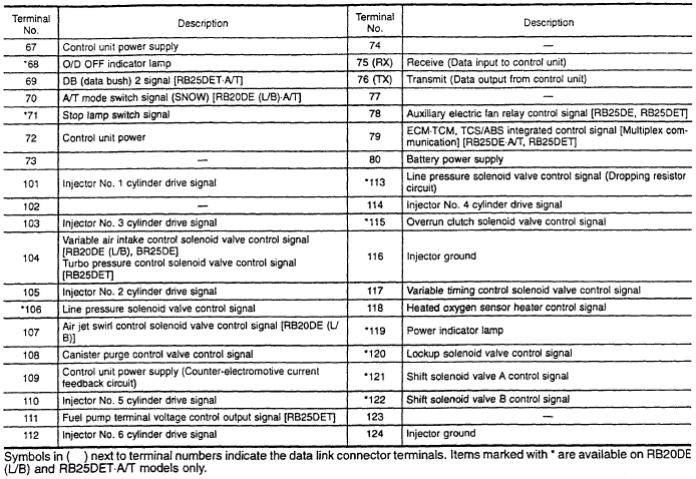 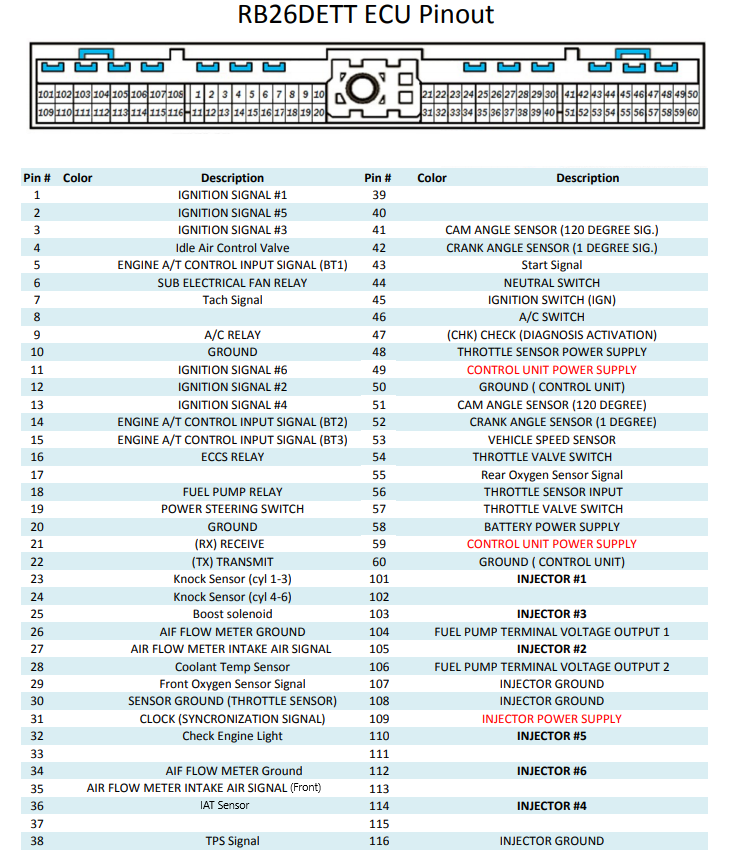