This is a guide on how to use the Traction Control Function for typical street or mild racing use.  This guide will focus on the newer Percentage Cut system found on Nexus VCU and Elite ECU with firmware v2.34-onwards.  The Percentage Cut method allows for smoother intervention and easier tuning. As such it is the preferred method and the older PID Method should not be used.
The guide also assumes that wheel speed sensors have already been installed and calibrated.

What is Traction Control? 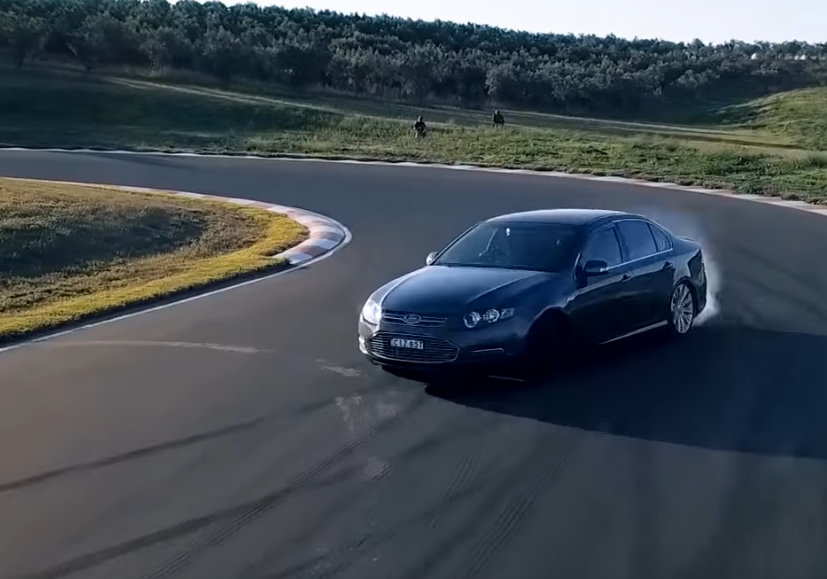 Ford G6E Turbo - T/C OFF with insufficent grip available
Traction control is a control system whereby the ECU will detect wheel spin by comparing the driven wheel speeds to the undriven wheel speeds, and if sufficient slip is detected it will attempt to limit engine power output by cutting fuel or ignition outputs.
Traction Control not only aids with getting power to the ground more effectively but also can help maintain vehicle stability by preventing excessively yaw (sideways drift) which assists in keeping the vehicle pointed straight.  For times when some sideways action is wanted, the system can be disabled with a hardwired switch or via an ECU condition or channel of the tuners preference.
For Traction Control to work there needs to be a speed sensor mounted on at least one front wheel and one rear wheel, with better control possible with all four wheels supplying a speed signal.  When the vehicle is driven in a straight line with no possibility of wheel slip then all speed sensors should be reading the same speed.  If one or more are not matching they need to be calibrated so that they are.

If you made it this far and didn't feel like watching the video never fear. We still have your important bits covered in the rest of this article.

There is very little that needs to be done to configure traction control.  It just simply requires the function to be enabled. 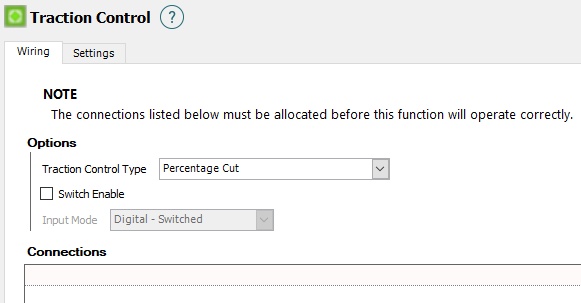 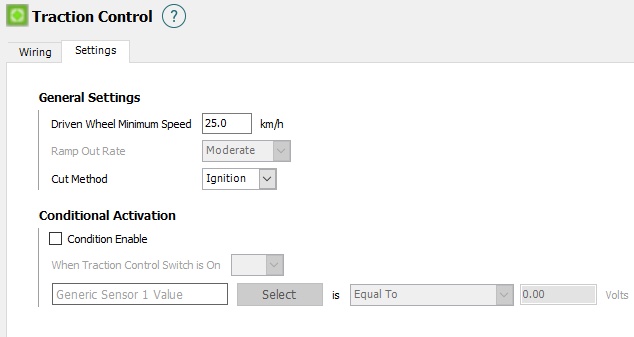 This allows a certain condition to be used as a way to switch on or off the Traction control.  This can be any channel of information present in the ECU that the tuner prefers.

The Desired Slip Table sets the amount of slip percentage before Traction Control will intervene.  Setting this with values that are too low can result in false tripping of the traction control system.  Setting the values too high results in large amounts of wheel slip before any intervention occurs.
In the below example a Haltech Rotary Trim Module (HT-010504) was added to the system to allow 12 levels of traction control. This allows the driver to set large variations in tyre slip that can be selected from the dial and makes initial configuration much easier. The drive will simply move the dial until the amount of slip feels suitable for the conditions.  In the example position 1 has been set to disable traction control by allowing 100% slip.
A sample Desired Slip Table using a Rotary Trim Module 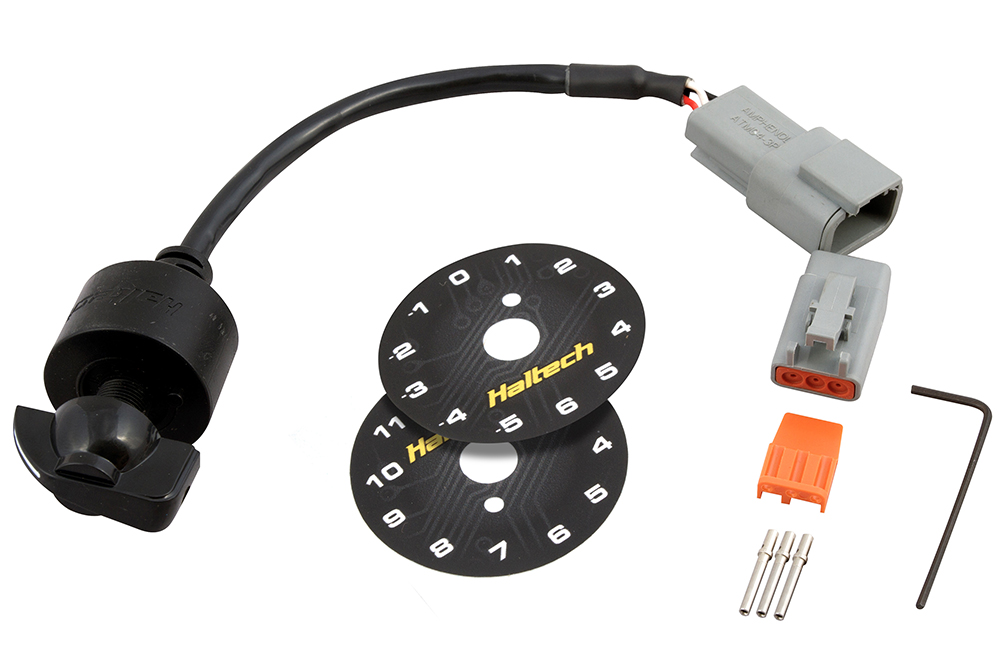 After testing has been performed some of the higher or lower extremes of the table can be trimmed away to make the system more suitable for the vehicle.

The Cut Percentage table control the percentage of fuel or ignition pulses that are cut from the engine based on the amount of Slip Error.  The Slip Error is the amount of slip that exceeds the values used in the Desired Slip Table (above).  As more Slip Error is produced the Percentage Cut should also increase to reduce engine power output.
In the below example a Haltech Rotary Trim Module has been used to allow 12 levels of Cut Percentage.  Level 1 disables any cut from occurring, and level 12 intervenes more heavily.  This can be a very useful way to tune the Traction Control by allowing the driver to select the level that suits the vehicle and conditions more easily.
A sample Cut Percentage Table using a Rotary Trim Module 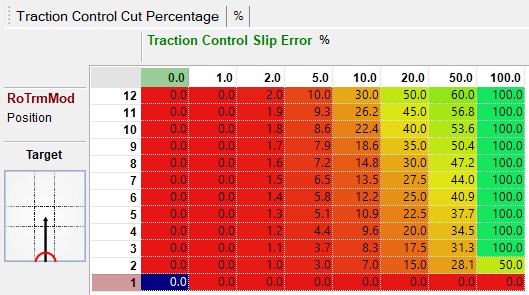 As a starting point, a higher level of cut should be used, and then gradually reduce the amount of cut percentage until correct vehicle control is achieved.