The old faithful Platinum Pro Plugin ECU has been around for over a decade and the fact that it’s still being made, sold and supported is a testimony to its well thought-out and effective original design.

Of course now with the Elite Series there is a newer, better Plug’n’Play alternative but does that make the Platinum Pro obsolete? The short answer is no. The Platinum Pro ECUs are still very capable and offer great value for money. In fact, if your car only has basic, bolt on mods and is not racing at a competitive level, Platinum Pro is the ECU we would most likely recommend.

So then when/why should I upgrade to an Elite with a Plug’n’Play Adaptor Harness?

To answer this question we need to take a closer look at the features offered by the Elite series ECU that are not available on the Platinum Pro.

Motive Video’s Nissan R32 GT-R proved to be a perfect case study for this comparison. The car has been built as a tough streeter and has enjoyed many years of happiness with its Platinum Pro Plugin ECU. 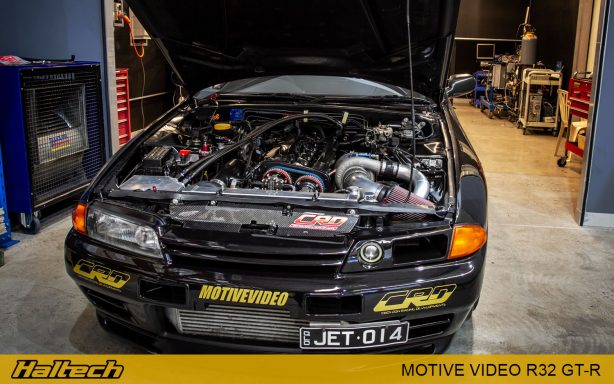 Alas, with Andrew turning the upgrade knob to “Beast Mode” with a new gearbox, planned DBW conversion and a whole host of other upgrades – an ECU upgrade was necessary.

The differences below, while particularly important to Andrew’s R32 GT-R, apply to most of applications currently supported by the Platinum Pro Plugin range.

One of the main features of the Platinum Pro is that it plugs directly into the factory harness. Simple and straight forward. This however means your ECU will work only on the specific make/model it was designed for. 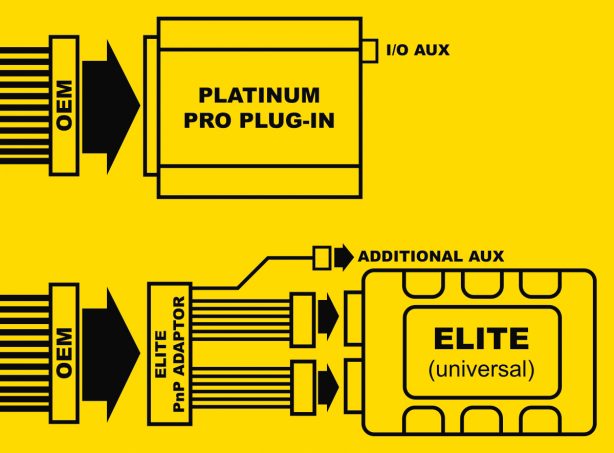 The Elite Plug’n’Play Adaptor system employs an adaptor box which goes between the ECU and the factory harness. It is that box and the adaptor loom that are make/model specific – not the actual ECU.

This means your ECU remains “universal” and can be used with a multitude of plug’n’play adaptor looms.

While the Platinum Pro offers basic support for these, it is just that – basic. Elite Series ECUs really take it up to next level giving you full control over your sequential transmission, flat shift and downshift electronic throttle blip.

Being locked to a specific model, Platinum Pro only came with DBW support if the factory vehicle had DBW throttle. Elite 1500/2500 offer direct DBW support – especially handy for users converting their factory cable throttle to DBW.

This is really when we start seeing big differences between the two ECUs.

So, when do I need upgrade?

If your car is a daily with moderate mods and only sees a race track occasionally – a Platinum Pro will be more than sufficient. 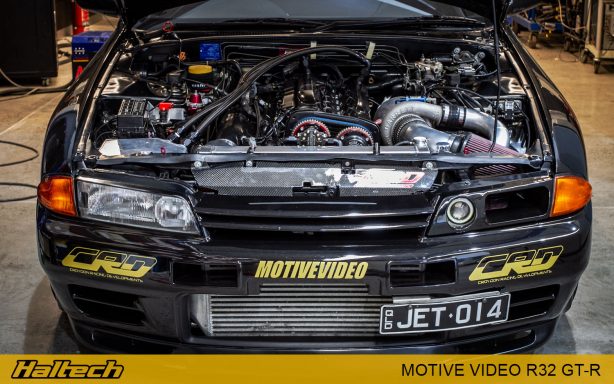 If you’re starting to get serious about competitive motorsport or simply upping the ante with a big aftermarket turbo, big injectors and hunting big horsepower output, or converting your car to DBW or fitting a sequential gearbox – it’s time to look at the Elite Plug’n’Play Adaptor Kit.

The Features and Functions Comparison Chart below will help you decide which Haltech ECU best suits your needs: