Why you need a Fuel Pressure Regulator

Why you need a Fuel Pressure Regulator 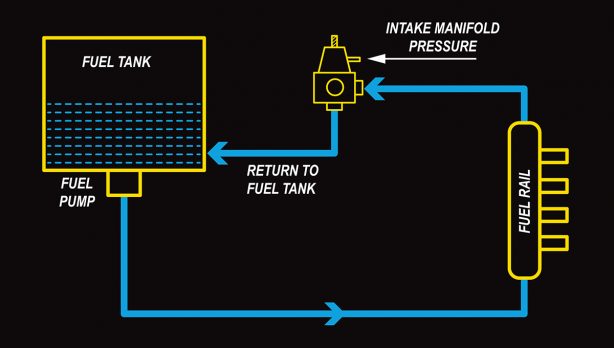 A typical “base” fuel pressure is 3 bar or about 45psi which means that if we measure the pressure up the backside of the injector we’re going to see 45psi. Knowing that we can then determine the fuel injector flow rate. For Example, an injector commonly referred to as a “Bosch 1000” actually flows 1035cc at 45PSI and 1085cc at 50PSI. So that difference in “base” fuel pressure makes a difference to the amount of fuel the injector flows.
Why is that important? Most modern ECUs work by calculating the amount of air going into the engine at any given time, then adding the right amount of fuel in order to achieve the tuner’s desired Air to Fuel Ratio.
If the ECU has been told the wrong injector flow rate, the engine’s fueling and fuel corrections won’t be accurate and the tuner will have a hard time getting it right.
A huge factor here that’s often overlooked is the Manifold Pressure. If you have 45PSI of fuel pressure going up the backside of the fuel injector and 10PSI of boost pressure acting against the tip of the injector – you’ll end up with a “Differential Pressure” (or pressure across the injector) of 35PSI. 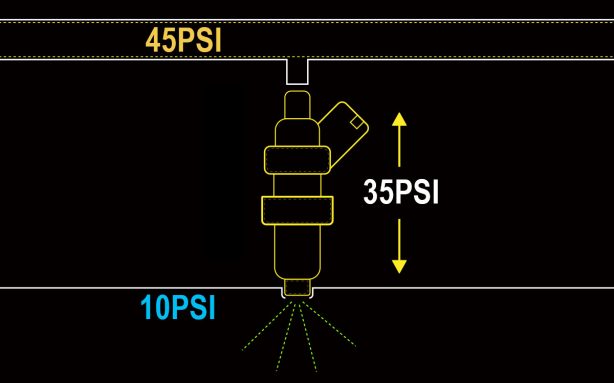 This means that all the fuel calculations would then need to work off an injector flow rate of 35PSI, not the 45PSI we had when we set the base fuel pressure. This is where a Manifold Pressure Referenced Fuel pressure Regulator comes in handy. 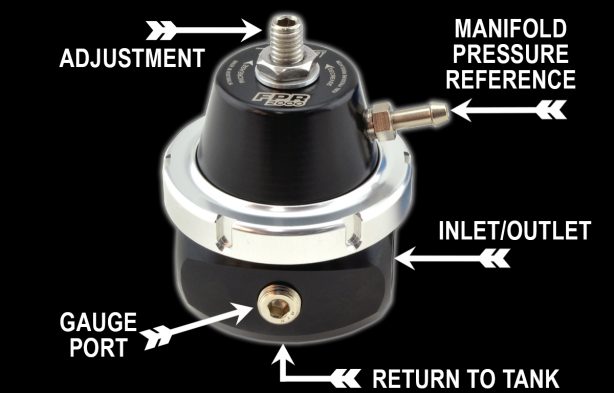 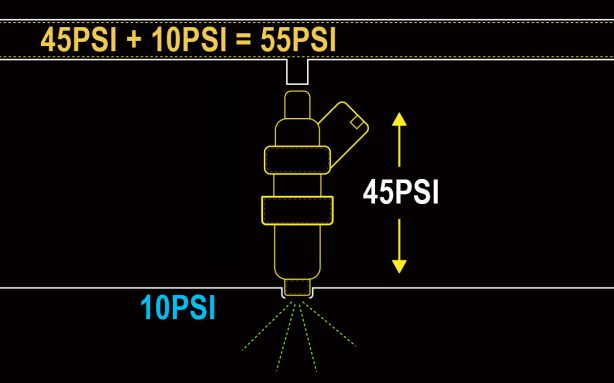 The same Fuel Pressure Regulator also works in reverse, when the engine is idling in vacuum, the base fuel pressure will be reduced to maintain the pressure across the injector because the vacuum in the inlet manifold is sucking the fuel out, resulting in the same injector flow rate but with less fuel pressure. 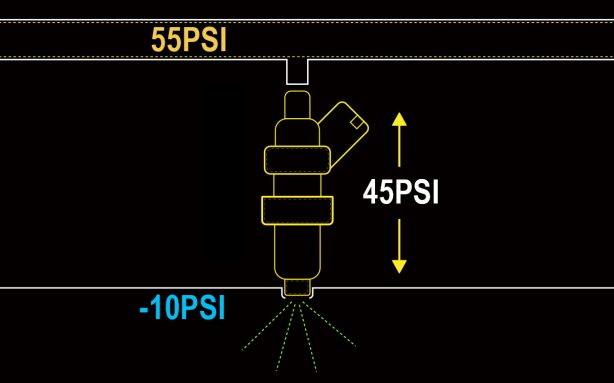 NOTE: The Base Fuel Pressure should be set with the fuel pump running and the vacuum hose disconnected from the fuel pressure regulator.
​
You can also map your Fuel Injector Flow Rate vs. Your Differential Fuel Pressure, that way if there are any discrepancies in your fuel system the ECU will always know exactly how much fuel your injectors are capable of flowing.