The Mass Air Flow (MAF) Sensor provides an input that directly measures the amount of air entering the engine. Up to two MAF Sensors may be used with your ECU.
When using a MAF Sensor as the Fuel Load Type, the Tuning Method is typically set to Mass Air Flow. With a correctly calibrated MAF Sensor, the Fuel Base table should be set to 1.000 for all values. The desired Lambda (or AFR) values should be then entered into the Lambda Target table. The Fuel Base table then becomes a correction table for instances where the MAF calibration curve is not correct.
Note that there are two units used with air flow and engine management. One is in Grams/Second (g/s) which reports the raw air flow measured by the sensor. The other is Grams/Cylinder which reports the proportional amount of air flow for the given RPM. If g/s were used for fuel mapping you would see air flow amount increase as RPM increases, whereas g/cyl produces a more usable scaling of air flow. 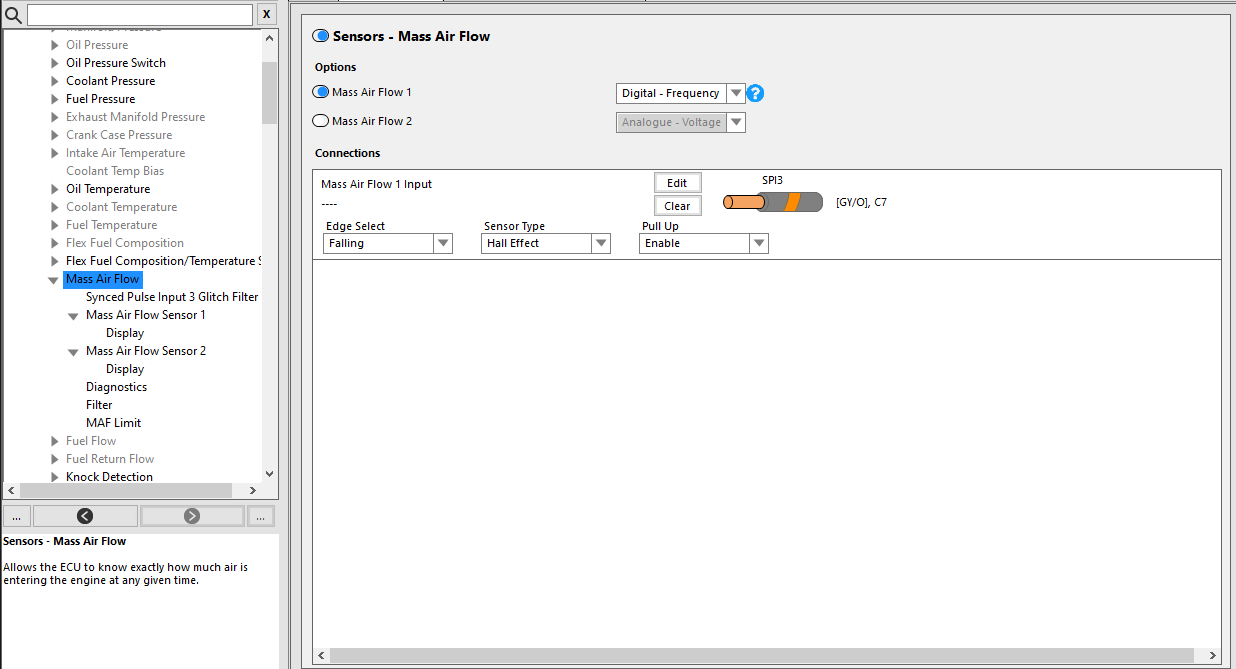 This node allows the enabling of one or both MAF inputs, as well as selecting the input type for each MAF. Enable 'Mass Air Flow 2' if a second MAF sensor is being connected.
Select 'Analogue - Voltage' if the MAF Sensor is to be connected produces a 0-5V signal. This type of signal is common with hotwire and older flap style sensors.
Select 'Digital - Frequency' if the sensor being connected produces a frequency signal. This type of sensor is common with Mitsubishi and some GM vehicles. 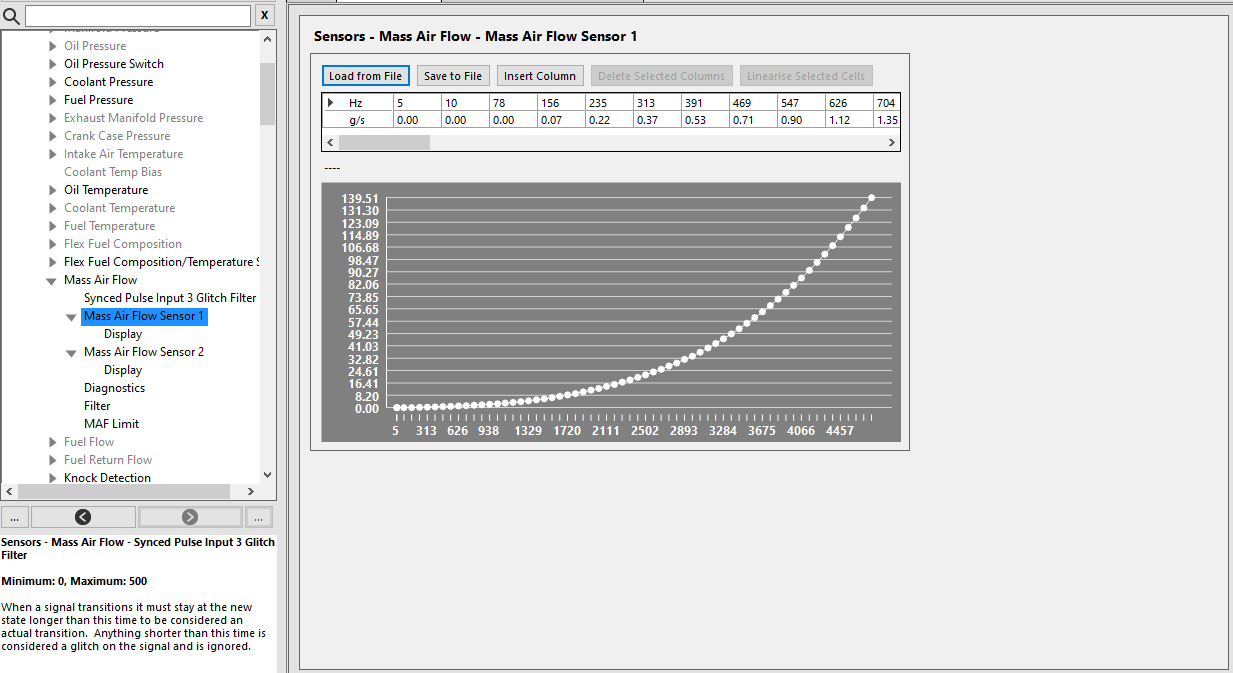 On this node, the Mass Air Flow sensor curve can be set. Haltech provides MAF flow curves for common MAF sensors, and these can be loaded by using the 'Load from File' button then selecting the appropriate cal file. 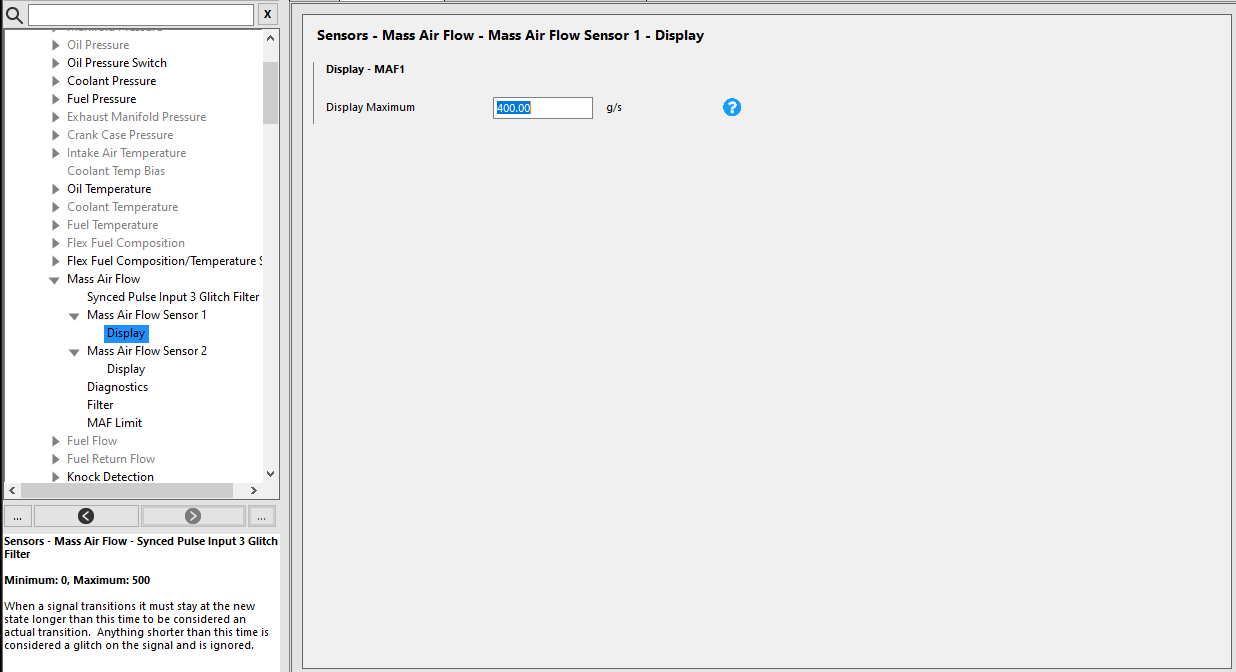 This node sets the maximum MAF flow value that will be used in the user interface. 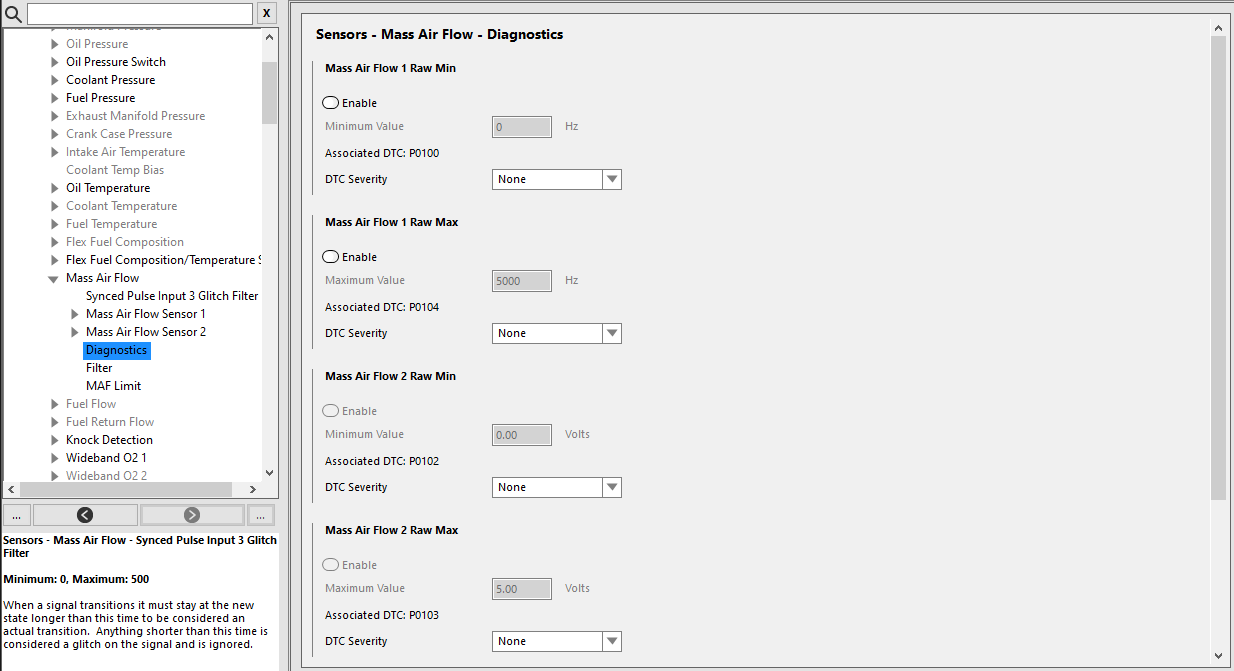 This node allows the enabling of high and low voltage/frequency DTCs for the both MAF sensors.
It also allows an 'Out of range' diagnostic check to be enabled which will flag a DTC if the combined Mass Air Flow is outside the set thresholds for a set duration. This can be used to detect an excess flow through the sensors, or a lack of flow through the sensors.
A DTC severity can be set for each diagnostic mode, which will trigger an Engine Protection level for the relevant setting. 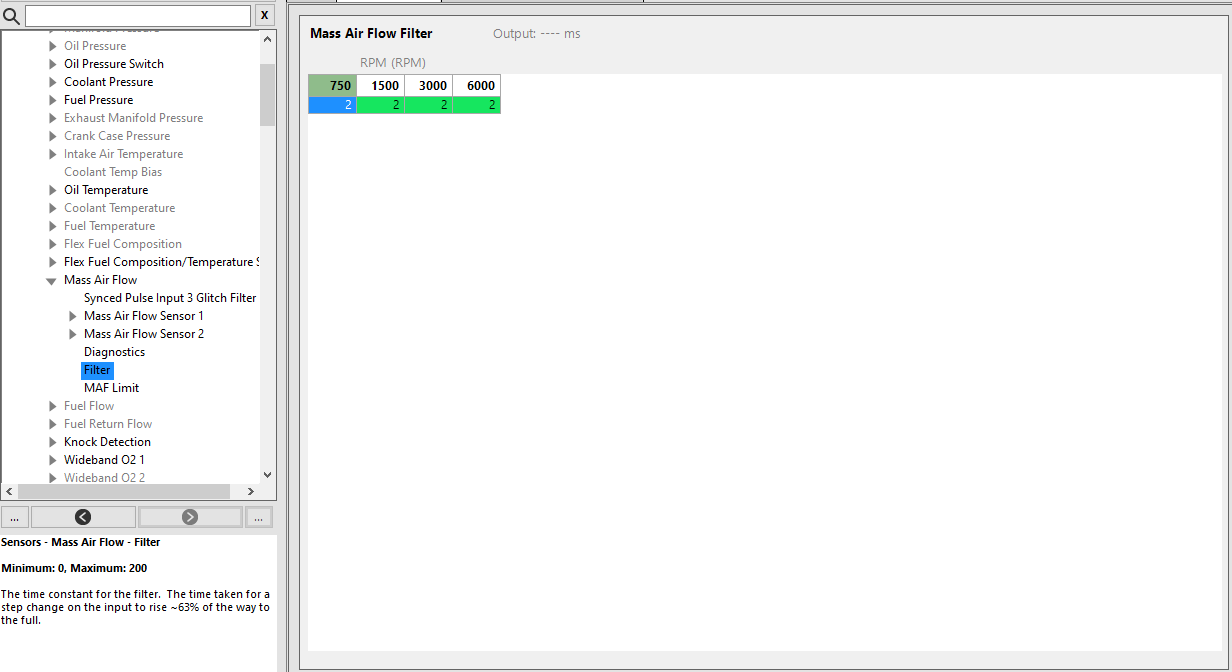 This table sets the filter for the MAF Sensor value. A higher filter will increase filtering on the signal, but will delay the value used by the ECU for calculations. A lower filter will decrease filtering on the signal improving responsiveness to the signal but may allow noise to affect the value used by the ECU for calculations.
It is recommended that this filter only be adjusted if the MAF signal acts erratically under normal operating conditions. This value is the time constant for the MAF value to make a 63% change from the old value to the new one. 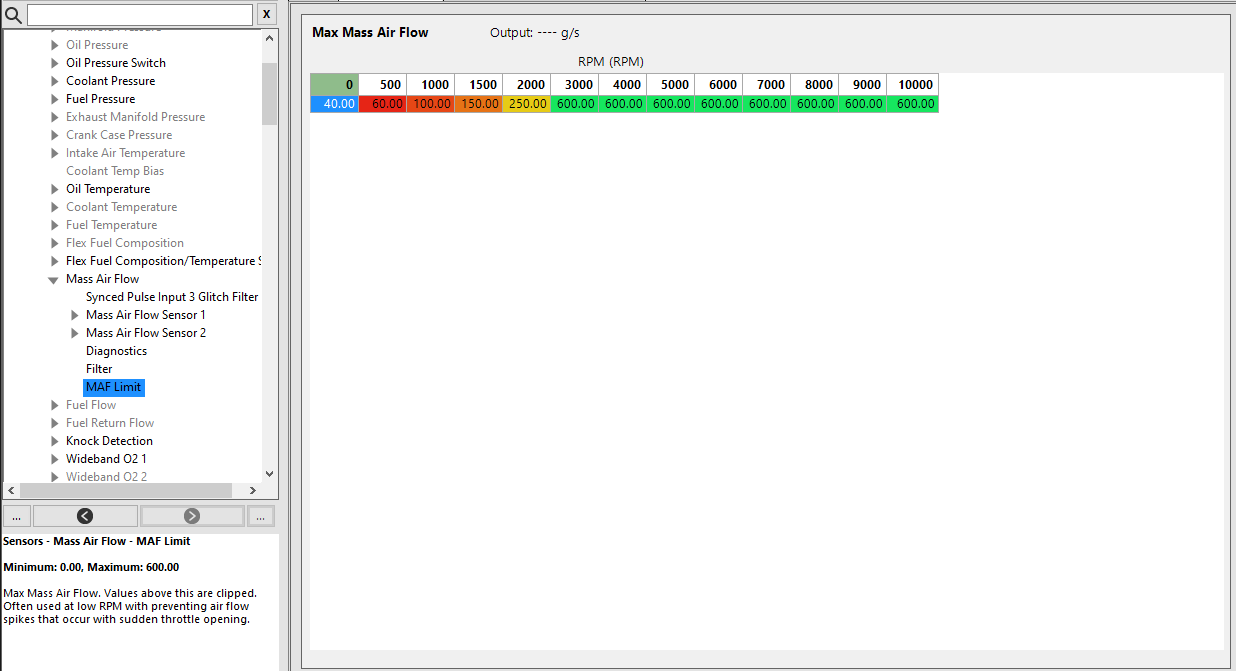 This table is used to limit the MAF flow value against a value, most commonly Engine RPM. This will clip any measured air flow reading that may occur, such as at low RPM due to a spike caused by rapid throttle movements.