The B-Series engine was offered in Integras, Civics, Preludes, Accords, CRXs, Del Sols and CRVs. This engine had 28 different engine codes. The letter B is normally followed by two numbers to designate the displacement of the engine, another letter, and in US-spec engines, another number. Most Japanese engines do not have the final number. I.e. The B18C5 is a US Type R and the B18C is a JDM Type R. 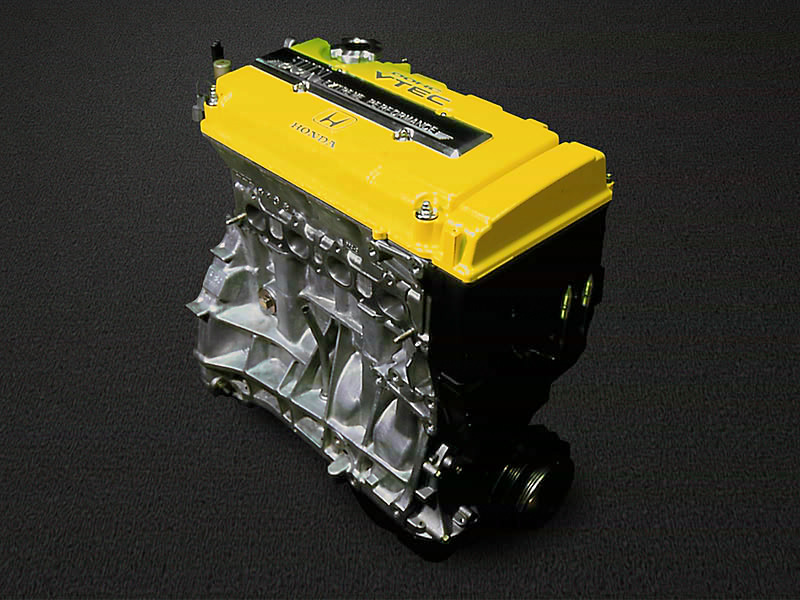 The B-series engines use a Distributor that has the trigger system.  Early models have a 16x tooth pattern however most models have 24x teeth and Honda refer to this as the CKP sensor.  There is a second trigger system with just 4x teeth that is used by Honda purely for engine starting that is not used by Haltech ECUs, and they refer to this as the TDC Sensor.  For engine sync there is a 1x tooth pickup that is referred to as the CYP sensor.

Some models have a crank trigger (CKF - Crank Fluctuation) with 12x teeth but still use a distributor.  This can be used in place of the 24x pickup for more accurate ignition timing and is highly recommended. Trigger Configuration settings remain the same. 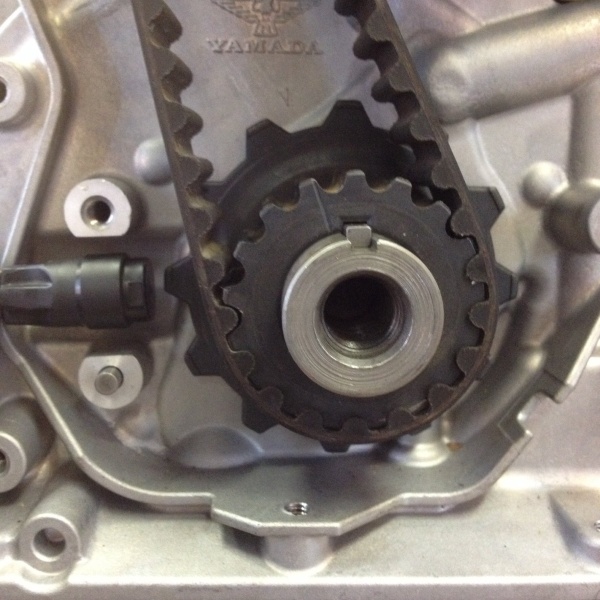 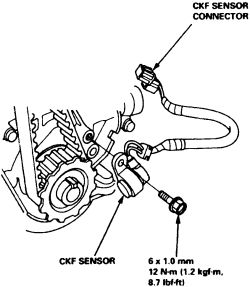 The same trigger configuration is used for B16A and B18C.  You can simply change the Trigger Type between the two. 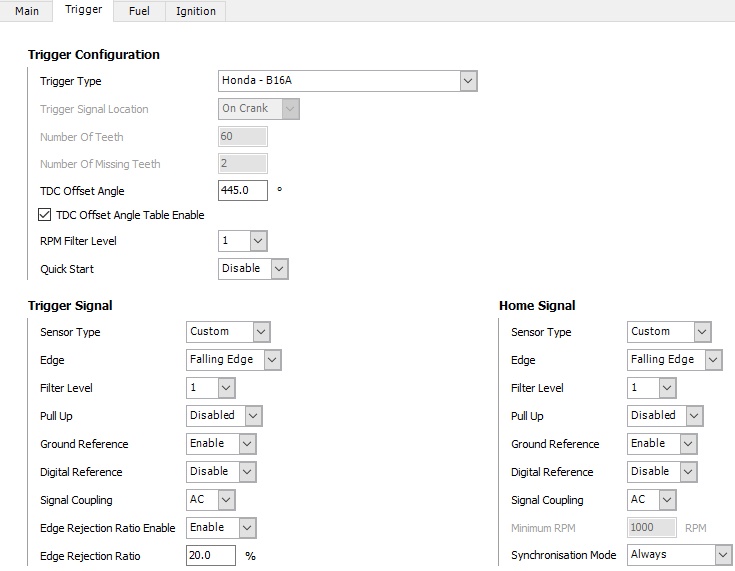 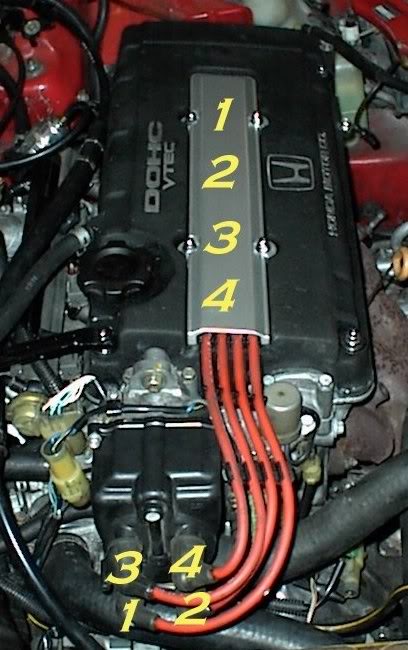 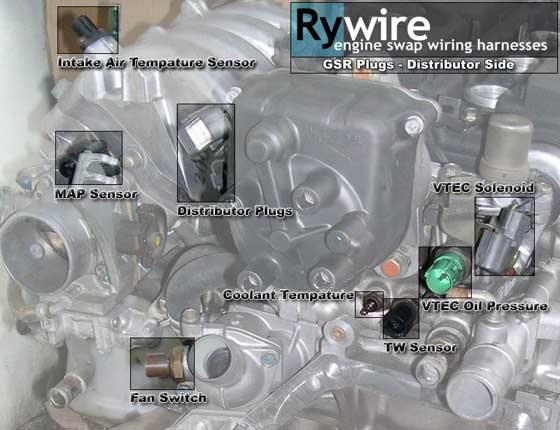 All sensors inside the distributor are Reluctor Sensors. 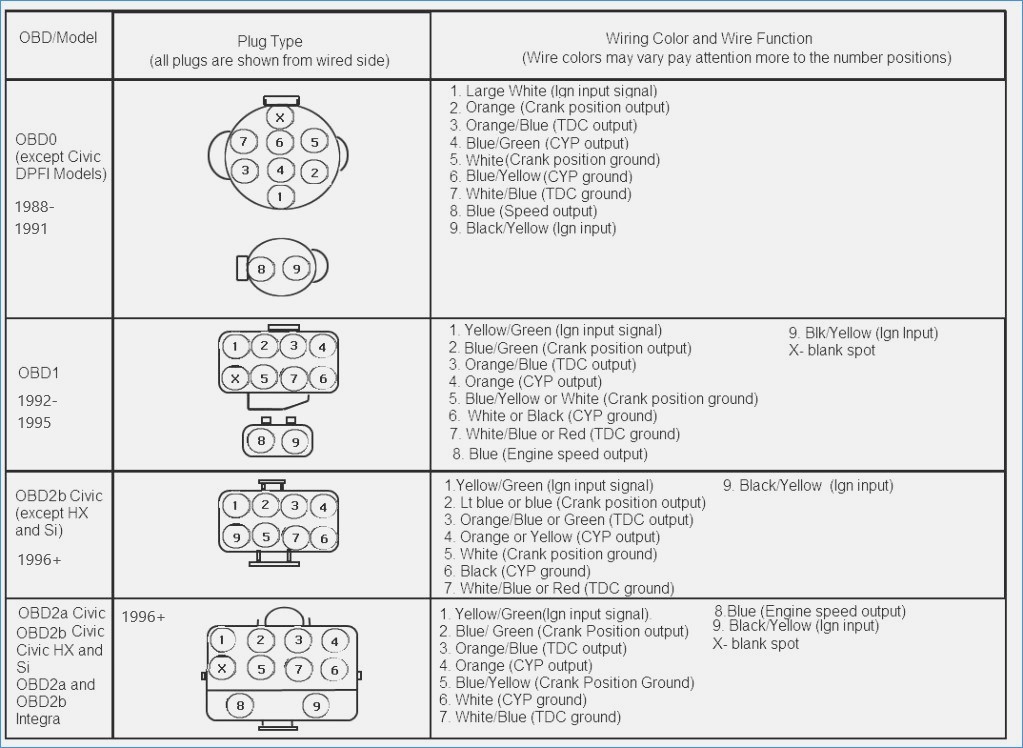 The ignition coil is incorporated in the distributor along with the igniter module.  The ECU controls the dwell time so the configuration should be set to Constant Charge.  What is unique is that these igniters use a RISING output edge from the ECU.  For wiring see the Trigger system above. 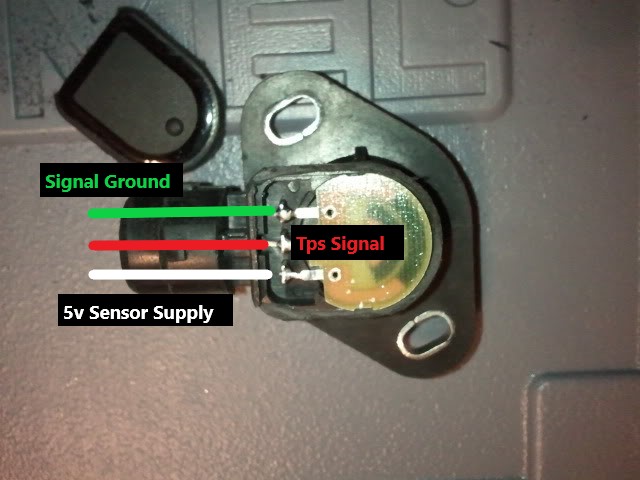 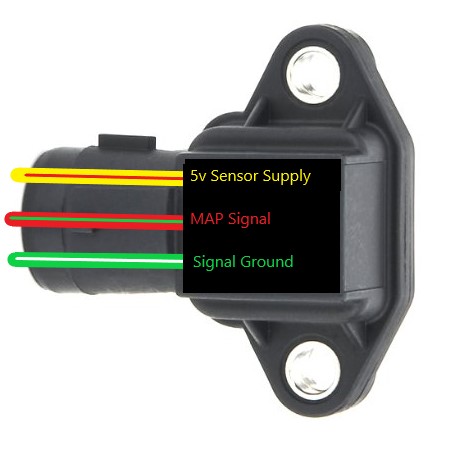 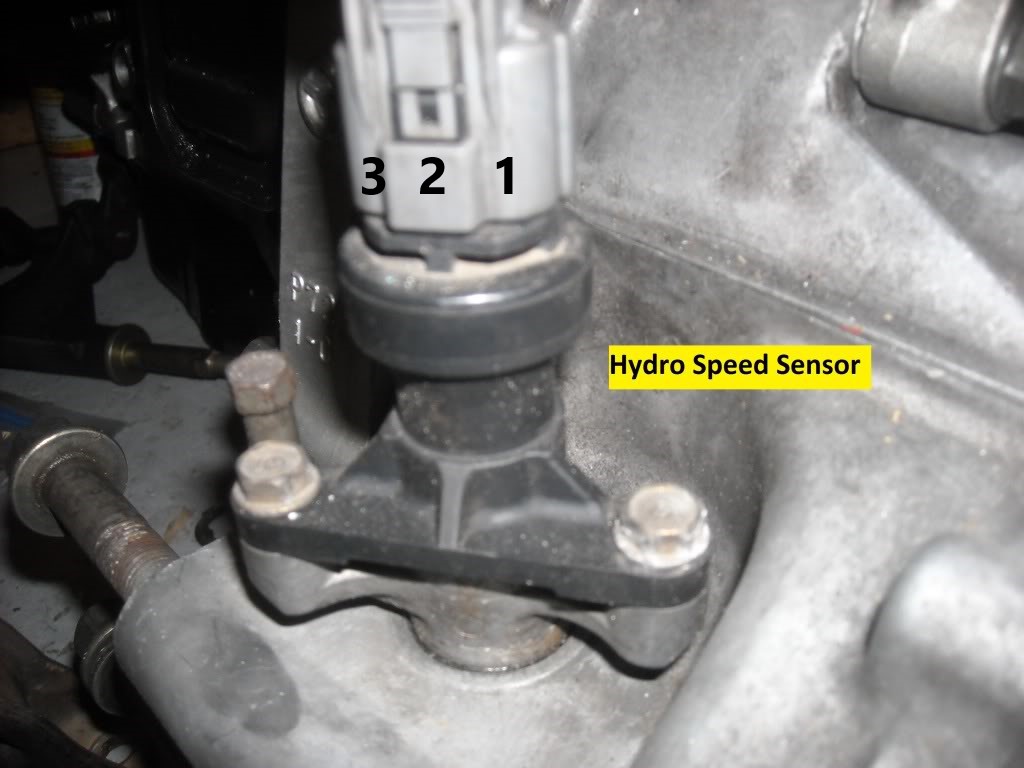 The Coolant Temperature Sensor for the ECU is called the TW sensor- located on end of head- This sensor is not polarity dependent.
Note: The coolant Temp Sensor from the "Sensor Location" image above is labeled TW.  The Single wire sensor labeled Coolant Temp connects to the factory dash gauge. 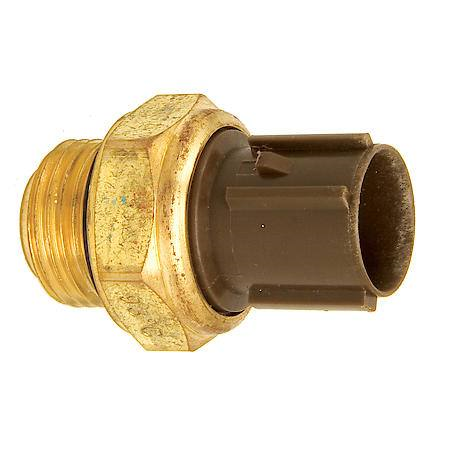 Single wire connector by the distributor. This wire runs directly to the factory gauge.

A two-wire sensor located at the Thermostat. This switch grounds the thermofan relay above 196-203F and opens the circuit (off) bellow 181 -189F. The Thermofan function can be used in place of this switch.

The sensor is commonly upgraded to an open body sensor similar to HT-010204 due to the slow response time of the factory AIT.
A two-wire sensor located on the Intake Manifold. This sensor is not polarity dependent.  Caution: this connector is the same as the Idle Air Control Valve.  If the IAC is connected the sensor will fail. 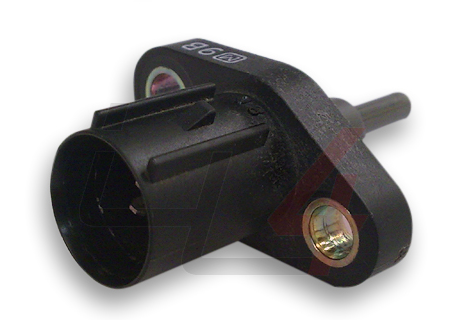 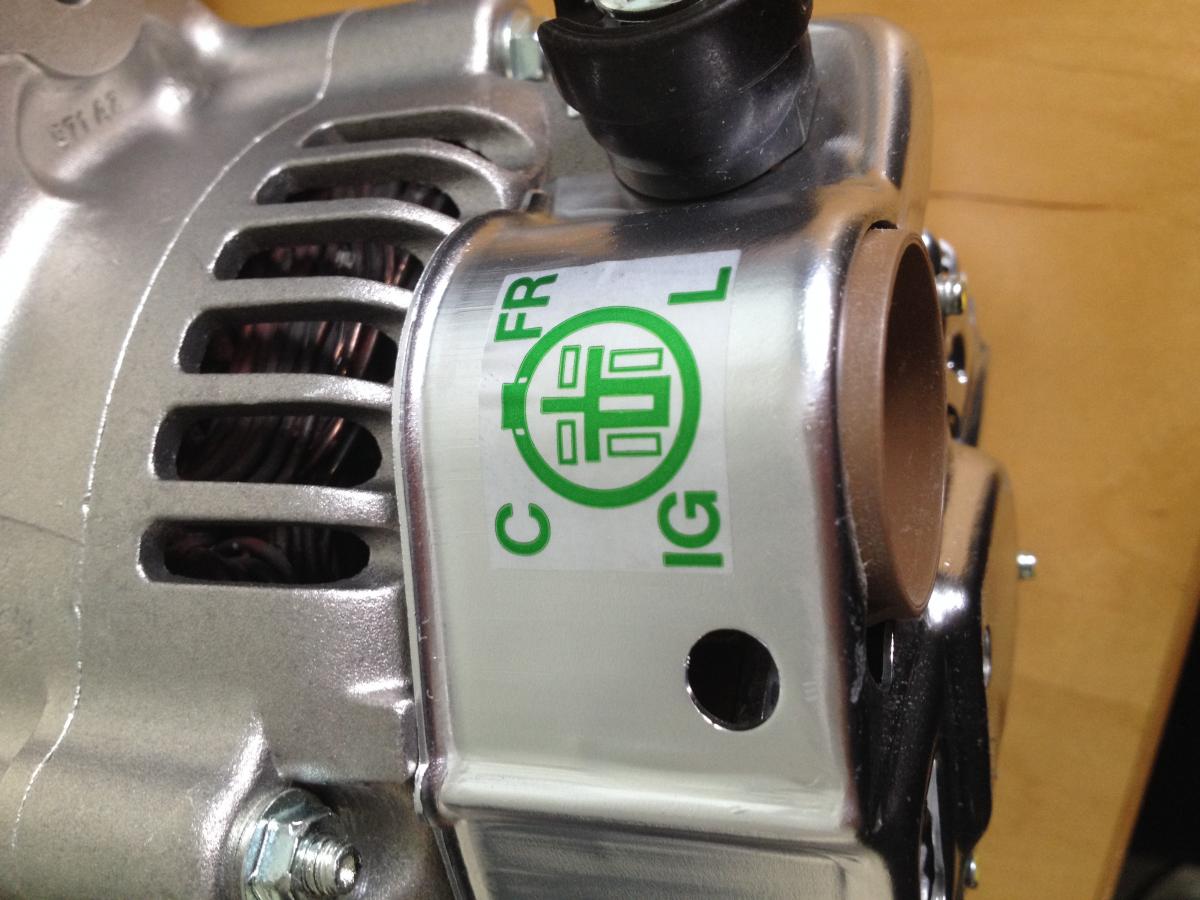 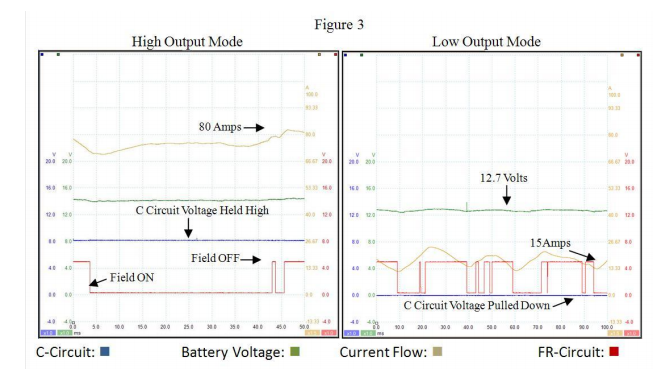 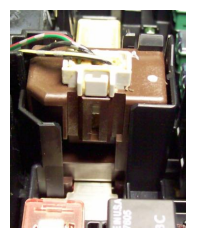 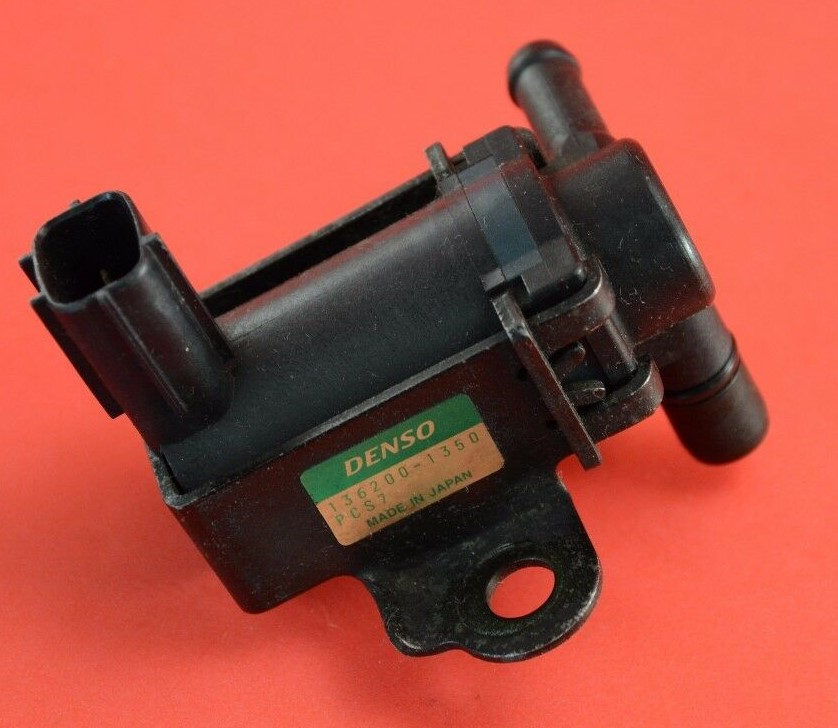 When the engine coolant temperature is below 163F (73c) the ECU supplies a ground to the EVAP solenoid which cuts vacuum to the EVAP Purge control diaphragm valve. 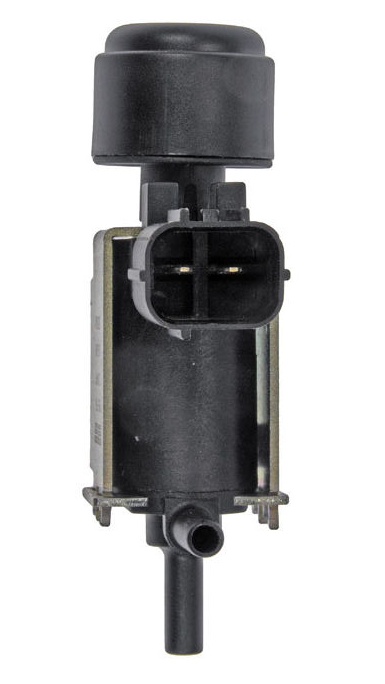 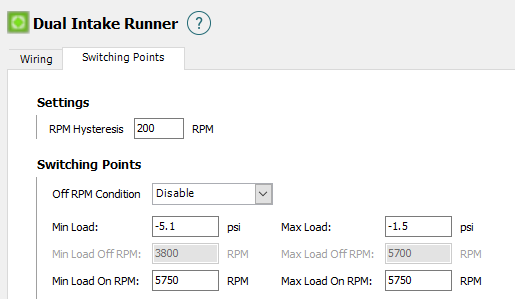 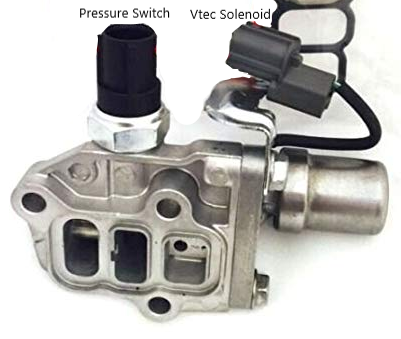 The VTEC system uses two (or occasionally three) camshaft profiles and hydraulically selects between profiles.  It is distinctly different from standard VVT (variable valve timing) systems which change only the valve timings and do not change the camshaft profile or valve lift in any way.
The "Cam Control Switched" function can be used to control the VTEC solenoid. At the switch point, a solenoid is activated that allows oil pressure from a  spool valve to operate a locking pin which binds the High Lift Rocker. The oil pressure flows past this rocker, essentially creating a small oil passage leak. On average, oil pressure drops 15psi.  Vtec should never be active at low RPM due to the loss of oil pressure. Typically Vtec should activate above 4500+ rpm.

On some applications, a Vtec pressure switch is used to monitor Oil pressure. If the pressure is not adequate, Vtec will not engage. Haltech ECUs do no require this switch or condition to activate Vtec. This switch completes a circuit to ground when active. 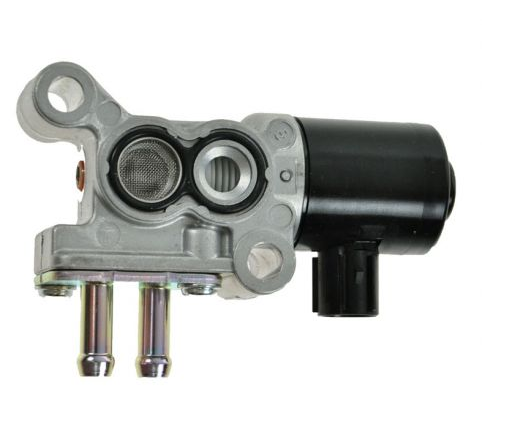 Switch to the ground when pressure is on the steering rack. This can be used to increase the target idle (Duty Cycle)
-Any available Inputs  (Pull Up recommended)